It is unlikely that Vox’s hyper-nationalist voters know that their party scored a significant presence in Spain’s parliament mostly thanks to Zionists, Islamists and foreigners.
With the April 28 general elections in Spain over, the far-right party Vox gained about 10 percent of parliamentary seats, marking the far-right’s rising comeback into politics four decades after Francisco Franco’s dictatorship. While a less alarmist reading would say that the far-right was always there, hidden in the conservative People’s Party (PP), the fact that they are out in the open strengthens Europe’s wave of far-right xenophobic and anti-European advance.
The party appealed to voters in one of Spain’s most contested elections since its return to democracy, mostly basing its arguments against leftists politics, social liberals, migrants, charged mainly with an Islamophobic narrative. Emphasizing the return of a long lost Spain and pushing to fight what they refer to as an “Islamist invasion,” which is the “enemy of Europe.” One could summarize it as an Iberian version of “Make Spain Great Again.”
Yet while this definitely appealed to almost two million voters, many are unaware of where their party’s initial funding came from. Back in January 2019, an investigation made by the newspaper El Pais revealed, through leaked documents, that almost one million euros – approximately 80 percent of its 2014 campaign funding – donated to Vox between its founding in December 2013 and the European Parliament elections in May 2014 came via the National Council of Resistance of Iran (NCRI), a self-declared “Marxist” organization and an Islamist group made up of Iranian exiles.
However, this is where things get complicated. The NCRI is based in France and was founded in 1981 by Massoud Rajavi and Abolhassan Banisadr, nowadays its president-elect is Maryam Rajavi (Massoud’s wife). The Rajavis are also the leaders of the Mojahedin-e-Khalq (MEK). A reason for many to believe that the NCRI is just a front for the MEK, which over the past few decades has managed to create a complicated web of anti-Iranian, pro-Israel and right-wing government support from all over the world.
To understand MEK, it’s necessary to review the 1953 U.S. and British-backed coup which ousted democratically elected prime minister of Iran Mohammad Mosaddegh and instituted a monarchical dictatorship led by Shah Mohammad Reza Pahlavi.
The oppression carried out by the Pahlavi royal family led to the creation of many radical groups, one which was MEK, whose ideology combined Marxism and Islamism. Its original anti-west, especially anti-U.S. sentiment pushed for the killing of six U.S citizens in Iran in the 1970s. While in 1979, they enthusiastically cheered the seizure of the U.S. embassy in Tehran. After the Iranian Revolution, its young leaders, including Rajavi, pushed for endorsement from the Ayatollah Ruhollah Khomeini, but were denied.
So Rajavi, allied with the winner of the country’s first presidential election, Abolhassan Banisadr, who was not an ally of Khomeini, either. Soon Banisadr and MEK became some of Khomeini’s main opposition figures and had fled to Iraq and later to France.

In the neighboring country, MEK allied with Sadam Hussein to rage war against Iran. In a RAND report, allegations of the group’s complicity with Saddam are corroborated by press reports that quote Maryam Rajavi encouraging MEK members to “take the Kurds under your tanks, and save your bullets for the Iranian Revolutionary Guards.”

The organization was deemed a terrorist organization by the U.S. and European Union for the better part of the 1990s, but things changed after the U.S. invasion to Iraq in 2003. This is when the U.S. neoconservative strategist leading the Department of State and the intelligence agencies saw MEK as an asset rather than a liability. Put simply in words they applied the dictum of “the enemy of my enemy is my friend.”

The U.S.’s dismissal of past crimes reinvigorated MEK’s intense lobbying campaign to have itself removed from terrorist lists in the U.S. and the European Union. MEK, which by the beginning of the 21 century had morphed into a cult-like group according to many testimonies from dissidents, moved from Camp Ashraf to the U.S-created Camp Liberty outside of Baghdad. And that’s when things rapidly changed.

According to the Guardian, between 2007 and 2012, a number of Iranian nuclear scientists were attacked. In 2012, NBC News, citing two unnamed U.S. officials, reported that the attacks were planned by Israel’s Mossad and executed by MEK operatives inside Iran. By 2009 and 2012, the EU and the U.S. respectively took it out of its terrorist organizations list.
Soon after it gained support from U.S. politicians like Rudy Giuliani and current National Security Advisor John Bolton, who now call MEK a legitimate opposition to the current Iranian government. As the U.S. neocon forefathers did before, MEK shed its “Marxism.” After the U.S.’s official withdrawal from Iraq, they built MEK a safe have in Albania, near Tirana, where the trail of money can be followed once again.

Hassan Heyrani, a former member of MEK’s political department who defected in 2018, and handled parts of the organization’s finances in Iraq, when asked by Foreign Policy where he thought the money for MEK came from, he answered: “Saudi Arabia. Without a doubt.” For another former MEK member, Saadalah Saafi, the organization’s money definitely comes from wealthy Arab states that oppose Iran’s government.

“Mojahedin [MEK] are the tool, not the funders. They aren’t that big. They facilitate,” Massoud Khodabandeh, who once served in the MEK’s security department told Foreign Policy. “You look at it and say, ‘Oh, Mojahedin are funding [Vox].’ No, they are not. The ones that are funding that party are funding Mojahedin as well.”
Meanwhile, Danny Yatom, the former head of the Mossad, told the Jersulamen Post that Israel can implement some of its anti-Iran plans through MEK if a war were to break out. Saudi Arabia’s state-run television channels have given friendly coverage to the MEK, and Prince Turki al-Faisal, Saudi Arabia’s former intelligence chief, even appeared in July 2016 at a MEK rally in Paris.
With Israel and Saudi Arabia backing MEK, the question of why a far-right movement would take money from an Islamist organization clears up a bit. Israel’s support of European far-right parties has been public. In 2010, a sizeable delegation arrived in Tel Aviv, consisting of some 30 leaders of the European Alliance for Freedom, gathering leaders such as Geert Wilders of the Netherlands, Philip Dewinter from Belgium and Jorg Haider’s successor, Heinz-Christian Strache, from Austria.
Yet for the U.S., Israel, and Saudi Arabia, MEK represents an anti-Iranian voice that they so desperately need, and that on the surface didn’t come from them directly. It is unlikely that Vox’s hyper-nationalist voters know that their party scored a significant presence in Spain’s parliament mostly thanks to Zionists, Islamists and foreigners.
Telesurenglish.net

A brief review on US-MKO ties 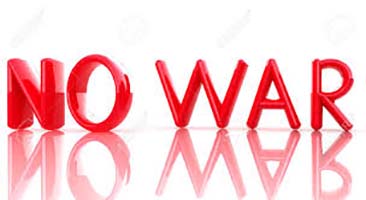 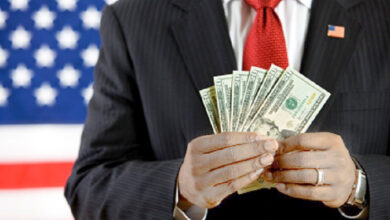 Who else pays MKO lobbyists!