The U.S. military’s guided bombs brought “shock and awe” to Baghdad in 2003 when American forces invaded Iraq 16 years ago to hunt for weapons of mass destruction. They never found any. Many observers, today, consider that war a failure.
Now, half of all Americans believe the U.S. will go to war with Iran “within the next few years,” according to a Reuters/Ipsos public opinion poll released in late May amid increased tensions between the two countries, longtime geopolitical foes.

The escalating Tehran-Washington crisis comes as the White House claims, without providing detail or public evidence, that Iran poses an increased threat to American forces and facilities in the Middle East – one year after Trump withdrew from an accord between Iran and world powers aimed at limiting Tehran’s nuclear capabilities.
Trump’s hawks: Bolton amps up Iran sabotage claims, desire for nuclear weapons
Is Iran doomed to be an Iraq redux? This is just one of the questions raised by a crisis that has eerie parallels to the missteps that led to the Iraq War in 2003, where the buildup to conflict was precipitated by faulty intelligence and confrontational foreign policymakers such as John Bolton in President George W. Bush’s administration.

To make sense of what’s happening now, here’s what happened then:

Also troubling: The Iranian opposition group Bolton was referring to in his New York Times opinion article is the National Council of Resistance of Iran, a controversial Paris-based political organization also known as the Mujahedeen-e-Khalq, or MEK. Along with Trump’s lawyer, Rudy Giuliani, Bolton is long-time supporter of the exiled opposition group and has been paid to speak at its annual rallies. The MEK is often described by observers of its activities, including by humanitarian groups and even a U.S. government research document from 2012, as displaying “cultlike behavior.” The MEK’s reported abuses – vigorously denied to USA TODAY by its senior leadership who claim they result from a vicious and protracted “disinformation campaign” by Iran’s clerical rulers – range from torture and forced celibacy to holding members against their will, sometimes in solitary confinement. The MEK says its critics are often spies for the Iranian regime. Bolton’s first encounters with the MEK took place in Iraq, where for a period it had aligned itself with Hussein’s government, which was fighting a war with Iran.

When Bolton joined the Trump administration as national security adviser in 2018, replacing seasoned former Army officer Lt. Gen. H. R. McMaster, he continued his public saber rattling and criticism of Iran by releasing a video on the 40th anniversary of the Iranian revolution via the White House’s official Twitter channel. In the video, Bolton calls Iran “the central banker of international terrorism” and accuses Tehran of pursuing nuclear weapons and missiles to deliver them and of “tyrannizing its own people and terrorizing the world.” The video ends with a direct threat to Ayatollah Ali Khamenei, Iran’s Supreme Leader: “I don’t think you’ll have many more anniversaries to enjoy,” Bolton says.
Iran’s interest in nuclear technology dates to the 1950s, when it received help from a U.S.-backed program promoted by President Dwight D. Eisenhower, who wanted to share U.S. nuclear expertise with other countries for peaceful purposes, such as energy production. But after Iran’s 1979 Islamic Revolution and a U.S. hostage crisis at the U.S. Embassy in Tehran effectively ended relations between the two nations, U.S. intelligence agencies have long suspected, without explicit evidence, that Iran has attempted to use its civilian nuclear program as a cover for clandestine weapons development. Obama’s 2015 nuclear accord was designed to prevent that and the UN’s nuclear watchdog has repeatedly verified through inspections and other safeguards that Iran has been complying with the terms of the agreement, even after the U.S. withdrew from it and Washington re-imposed sanctions that have crippled Iran’s economy. Bolton has regularly decried those inspections as ineffectual, believes the nuclear accord was a sham and has advocated for a far bolder Iran policy that aggressively addresses Iran’s support for anti-American shia militias and Tehran’s ballistic missile program.
Most Iran experts, political scientists and many U.S. lawmakers believe that it is this – Bolton’s desire, like in Iraq, to confront Iran – that underpins a still-unexplained decision by the Pentagon to deploy warships, B-52 bombers and missiles to the Persian Gulf earlier this month in response to unspecified threats from Iran in the region. The U.S. also plans to send 900 additional troops to the Middle East and extend the stay of another 600 who are part of tens of thousands of others on the ground there. “The previous administration appeased the Islamic Republic of Iran. So we are pushing back. And when you push back, tension does increase,” U.S. Secretary of State Mike Pompeo, another Iran hawk in the Trump administration, said in response to efforts to get clarity over the moves.
In recent days, Bolton also has accused Iran of being behind a string of incidents in the Persian Gulf, including what officials allege was sabotage of oil tankers off the coast of the United Arab Emirates and a rocket that landed near the U.S. Embassy in Baghdad, while Yemen’s Iranian-aligned Houthi rebels launched a string of drone attacks targeting Saudi Arabia. Iran has mostly avoided addressing the allegations, although it has said it doesn’t fear a war with the U.S. It has also signaled that its patience with the nuclear deal is wearing thin and threatened to resume uranium enrichment at levels higher than the accord permits. Speaking in Abu Dhabi, Bolton said Wednesday that there had been a previously unknown attempt to attack the Saudi oil port of Yanbu as well. “Who else would you think is doing it? Somebody from Nepal?” Bolton said that there was “no reason” for Iran to back out of the nuclear deal other than to seek atomic weapons.
As for Trump’s position on Iran, nobody seems to know the president’s mind, not even, perhaps, the president. Trump has oscillated between overtly aggressive rhetoric and seemingly conciliatory statements. “We have no indication that anything’s happened or will happen, but if it does, it will be met obviously with great force,” Trump said last week at the White House. While on a four-day visit to Japan, Trump denied he wants regime change in Iran and said it’s not the goal. Some national security experts believe that Bolton’s role in pushing for war with Iran has been exaggerated, and that his influence on the president has been overstated. Still, there have been few Iran-related denials from Bolton, although just hours after the publication of this story, Bolton told a group of reporters while on a trip to London: “The policy we’re pursuing is not a policy of regime change. That’s the fact and everybody should understand it that way.”
Trump says he doesn’t want war: Is Bolton driving the U.S. into a conflict anyway?
Inside Iran: America’s contentious history in Iran leads to anger, weariness, worry 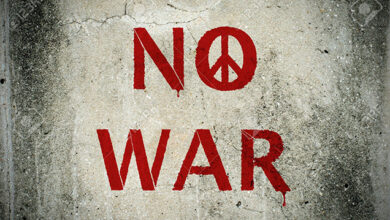