Behind the Scenes of Tirana’s Recent Allegation against Tehran

Albanian Police announced in a press briefing on Wednesday they have dismantled an ‘Iranian terrorist cell’ that allegedly planned an attack against the Mujahedin-e Khalq organization (MEK, a.k.a MKO, NCRI), a controversial Iranian group with a history of conducting terrorist attacks against Iranian civilians in the 80s. 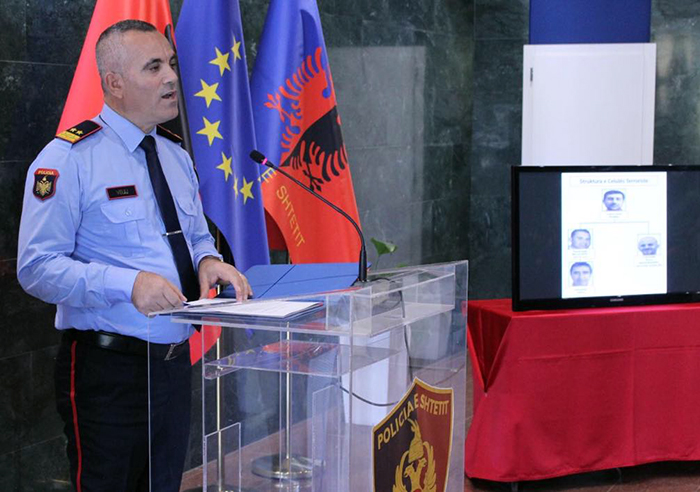 The country’s police chief, Ardi Veliu, said the ‘terrorist cell’ plotted to target MEK members in Albania. He further claimed another ‘Iranian terrorist plot’ was foiled earlier in March 2018 against the MEK on the eve of the Persian new year.

Ardi Veliu displayed photos of 4 men who he said were members of the terrorist cell and provided no other evidence to support his claim. In addition, none of the alleged terrorist cell’s members have been arrested so far.

The Albanian government says it has been alerted about the plot by members of a Turkish criminal group.

Albanian Police have based their claim on statements by Edmond Brahimaj (Baba Mondi) leader of the Bektashi Order, an Islamic Sufi order based in Tirana, about an alleged plot to attack high-level MEK members attending Persian New Year festivities in Bektashi’s headquarters on March 2018. Two men were arrested at the time, but they were released later due to lack of sufficient evidence. The Albanian Police have not made it clear yet whether any of the 4 members of the alleged terrorist cell were among the 2 men arrested in 2018.

The truth is Prime Minister Edi Rama’s government has long sought to join the EU to recover its public image after years of economic failure and widespread corruption. But so far, it has not been able to make any significant progress in meeting the EU requirements for accession.

The latest round of European Union leaders’ talks to agree on launching membership negotiations with Albania failed on October 26, just five days before Tirana’s claim against Tehran, shattering the Rama government. The West, namely France, Netherlands and Denmark, believe that the Albanian government has failed to comply with the conditions for reform. Albania’s eastern neighbor, northern Macedonia, has also faced the same situation, but all European officials have acknowledged that Macedonians have taken important steps in fulfilling European terms, including renaming the country.

The failure of Edi Rama’s government to carry out favorable EU reforms has drawn strong criticism from both the people and the opposition. So the Rama government, which has long maintained good relations with the MEK, a group that has been on the terrorist list of the European Union and the United States for many years, is trying to divert attention from last week’s EU decision and the Socialist Party’s failure.

Also, in December 2018, Albania had announced the expulsion of two Iranian diplomats on charges of acting against the national security of Albania. However, the same claim was never substantiated by the Tirana authorities. The expulsion of Iranian diplomats was welcomed by senior US, Saudi Arabian, and Israeli officials as well as the MeK, prompting speculation of a backroom deal between these parties and Tirana.

Albanian government’s obsession with the MEK, the most recent example of which was Edi Rama’s UN speech on September 2019 in support of the group, shows that the Socialist government of Albania is closely tied to the wealthy Iranian terrorist group and Albania’s accusations against Iran in the past recent months is probably related to these ties.