The New York Times has published an article on the presence of the Iranian former Mujahedeen Khalq members in a camp near Tirana, questioning “what are they doing in Albania?”.

Reporter Patrick Kingsley, one of the few journalists allowed inside the barracks half an hour drive from Tirana, was initially rebuffed but after persisting was invited for a series of interviews and a tour.

Describing them as “propaganda sessions”, Kingsley was shown a museum, a cafeteria, a gym, and a recording studio used to record songs for social media that promote their message.

Those that Kingsley interviewed disputed claims that they were not allowed to leave but they were unable to talk about the whereabouts of the group’s nominal leader Masoud Rajavi who disappeared in 2003. Members denied tales of brainwashing and cult-like behaviour reported by dissidents, stating that they are ‘Iranian spies’.

Kingsley was also put in contact with three former American military officers who had helped guard the MEK camp in Iraq after the US invasion. According to the article, they “spoke glowingly” about the group, stating that the members were free to leave at will.

Kingsley refers also to Captain Matthew Woodside, an ex-naval reservist, “not one of those whom the MEK suggested [Kingsley] contact” who told a different story and said “I find that organisation absolutely repulsive. I am astounded they are in Albania. 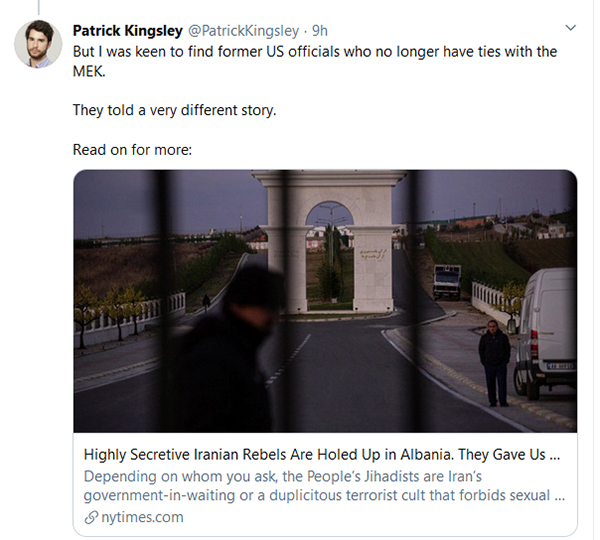 New York Times article is probably the first critical article on MEK’s presence in Albania in the mainstream American media.

In the past, Exit News has published stories on the Iranian MEKs. One of our journalists was also granted access to the facility in June 2019 for the occasion of a conference where de facto leader Maryam Rajavi, ex-Mayor of New York Rudy Giuliani, former senator Joe Lieberman, Columbian politician Ingrid Betancourt, and several former US Marines spoke. 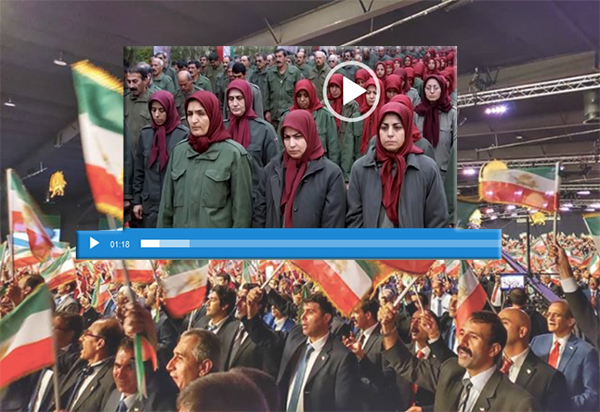 They observed members wearing a strict uniform, segregation between men and women, they also had their makeup confiscated and were asked not to take photos. Also noted was a heavy security presence including police and two different private security firms, and metal detectors at the entrance.

In the days following the visit, the Exit News journalists received some 15 phone calls and text messages asking them to return for further tours and talks. 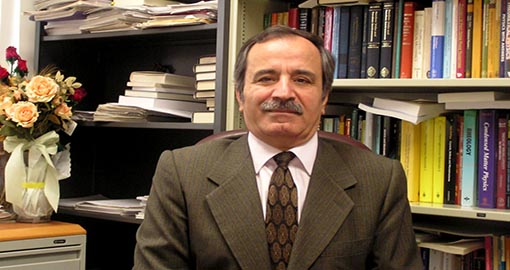 Iran is America’s best hope for stability in the Gulf 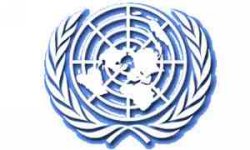