Following the outbreak of coronavirus in Italy, more than 120,000 Albanians residing in Italy returned to their country. Albania, with a population under 3,000,000, has, as of this writing, 243 cases of coronavirus. That is 84 cases per 1,000,000 people. The death toll thus far of 13 represents a rate of 5 per, 1,000,000 people. These numbers are expected to skyrocket due to the lack of basic health services and service infrastructure to manage the crisis. Additionally, with so many Albanians returning from Italy, which has 1,683 cases per 1,000,000 people, and 192 deaths per million, the risk of further spread of the virus is very high.

Albanian Prime Minister Edi Rama has issues strict instructions to combat the spread of the virus. Only one person per household will be authorized to leave their house for one hour a day to shop for groceries or other necessary items, and this only after applying for authorization. Consequences for violating this restriction include denial of unemployment benefits and student scholarships for at least one year. Enforcement of this and related restrictions will be done by police and special security forces who will use force against violators. The Prime Minister has even said that retirees, who among the people highest at risk to die from coronavirus, who do not comply with regulations can be considered traitors. Although extreme, this shows the seriousness with which the Prime Minister takes the threat of the disease. 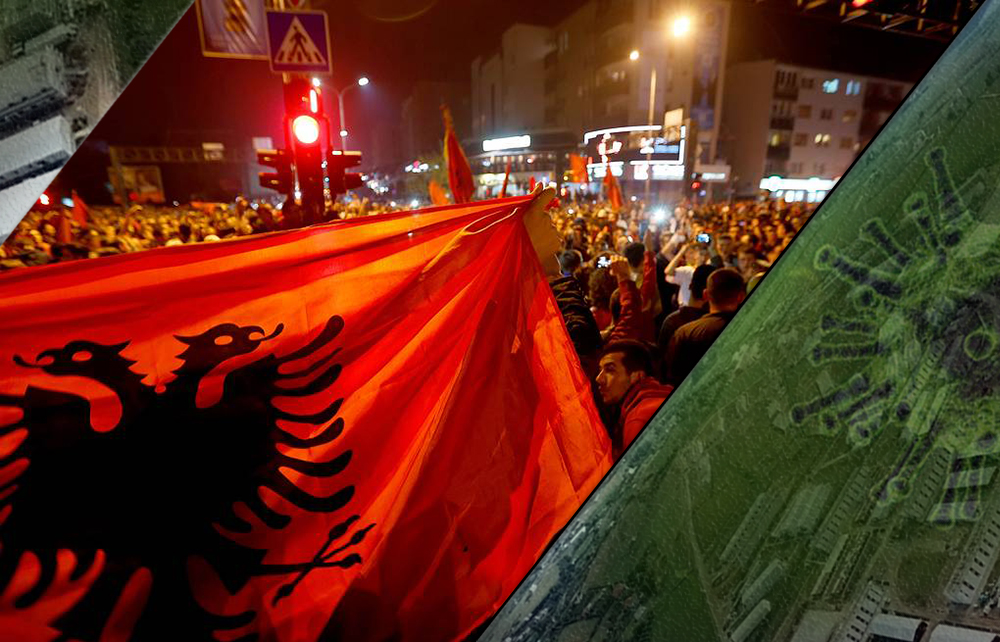 This situation is worsened with the knowledge that there are more than three thousand members of the Mojahedin-e Khalq (MEK) in Tirana. Most of these MEK members are all considered to be administrative retirees, but are confined to work in the MEK’s terrorist camp. Many elderly men and women are spending their senior years behind computer systems in the MEK camp, using media accounts on social networks, to engage in media warfare to oppose the legitimate government of Iran, one that the people chose during the Revolution of 1979. Those people in the MEK’s terrorist camp are at high risk of contracting the disease and dying from it.
Trump Advisors Giuliani and Bolton Support MEK, the Iran Terrorist Organization

This is due to two main factors: First, the sectarian and colonial way of life of the MEK, which has gathered more than 3,000 people in a crowded military camp, will cause widespread and rapid spread of the virus, should even one member of the camp contract it. With a small national population, and over 100,000 people returning to the country from Italy, which has been very heavily hit by the virus, it is highly likely that someone in the camp will get it.

Secondly, since most members of the cult are older, they are at risk. Around the world, people who have compromised immune systems, respiratory problems or who are over the age of 60 are being particularly cautioned to avoid any activities which might expose them to coronavirus. Many MEK members are over 60, because the organization wanted total dedication to the cause, which its leaders expected to be quickly successful, and therefore discouraged them from marrying and having children, which would have distracted them from their illegal and immoral goals. This has made the Mojahedin camp like an isolated nursing home, and in many countries it is nursing homes where the virus has hit the hardest. Also, their long years of living in a fairly isolated area has prevented their exposure to many minor illnesses, which has left them with lowered immunity.

Because of this, the coronavirus is not only a threat to the survival of this cult, but also to the Albanian people. If cult members become ill with the virus and leave the camp (if allowed to do so) to obtain medical treatment or even to live with relatives, they will expose everyone they contact to the disease. With so many Albanians returning from Italy, which has the second highest number of coronavirus cases, and the third number of recorded coronavirus deaths, in the world, the additional risk posed by the elderly MEK members only worsens the situation for the nation.

There have been some news reports indicating that the outbreak and growth of the coronavirus in Albania can be traced to the MEK camp. Yet that initial reporting has had no follow-up, and it appears that powerful influences may have silenced these reports.

Regardless of the source of the disease in Albania, it is apparent that the MEK, always a terrorist organization, is now unwittingly increasing the risk to the health of the people of Albania. MEK terrorists are incapable of working toward any common good; their terrorist activities now include the possible spreading of coronavirus in a nation ill-equipped to handle it.