With its small population of 2.8 million people, the Republic of Albania may appear to have a more manageable task (depending, of course, on the availability of health care resources) of testing and tracking contacts to halt the spread of the coronavirus, than countries with multiple millions of citizens living in large, sprawling cities and conurbations. But as Albania extends its lockdown to stop the spread of the coronavirus, the country faces a specific problem that some other countries also face — notably South Korea — the presence of a closed and secretive cult in the midst of the population. 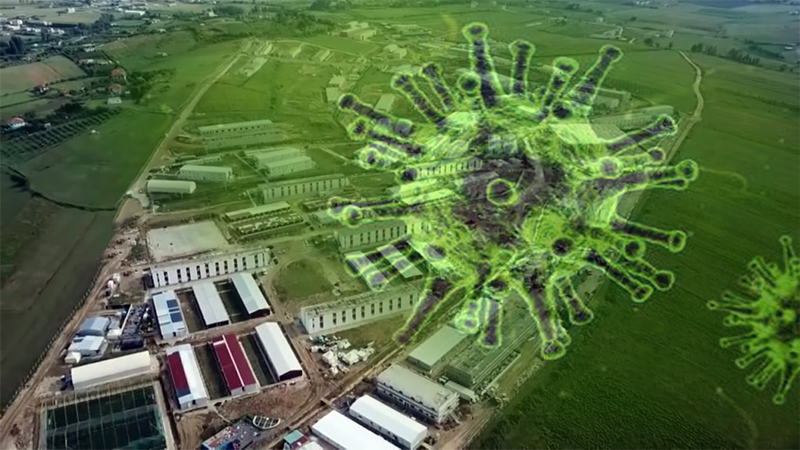 Since its arrival in Albania in 2016, the Iranian Mojahedin-e Khalq (MEK), also known as the Rajavi cult after its leaders Massoud and Maryam Rajavi, the group has caused problems for the authorities and citizens of their host country. Exploiting the unresolved problems of crime, corruption, and a weak state dependent on American approval, the MEK has manipulated, bribed, and intimidated its way into the political, media, and criminal elements of Alabania. According to well-known historian Olsi Jazexhi, the MEK has even perverted Albania’s foreign policy making it a hub for anti-Iran activities and creating a security nightmare for Albania’s police and security services.

Now the group poses another risk to the country — a public health risk that cannot be assessed or managed.
In 2017, both tacit support from the Trump administration, and overt support from neoconservative personalities, enabled MEK leaders to evade a planned de-radicalization program and instead build a closed secure camp in Manez — a remote town in the county of Durres — to house up to 2,000 cult members. Camp Ashraf 3 — as it is known — is guarded by private armed security personnel as well as MEK officials; only invited persons are allowed entry. Before this mass incarceration, dozens of members took advantage of the move to Albania to separate from the group. They reported terrible human rights abuses and conditions of modern slavery in the MEK. Journalists were refused entry to the camp to interview members locked up there.
For the majority of MEK members then, a lockdown may seem irrelevant since they were already in forced isolation from the outside world, but for Albania, the existence of the group in the country poses a real dilemma.
Although most cult members will not emerge in public, the group relies on regular supplies from outside, particularly food and medicine, and those who emerge to procure these supplies are part of a greater chain of contacts that stretch all the way to Italy. Not only are MEK members who move around Albania unaccountable and untraced, the MEK is notorious for trafficking its own members past national borders. 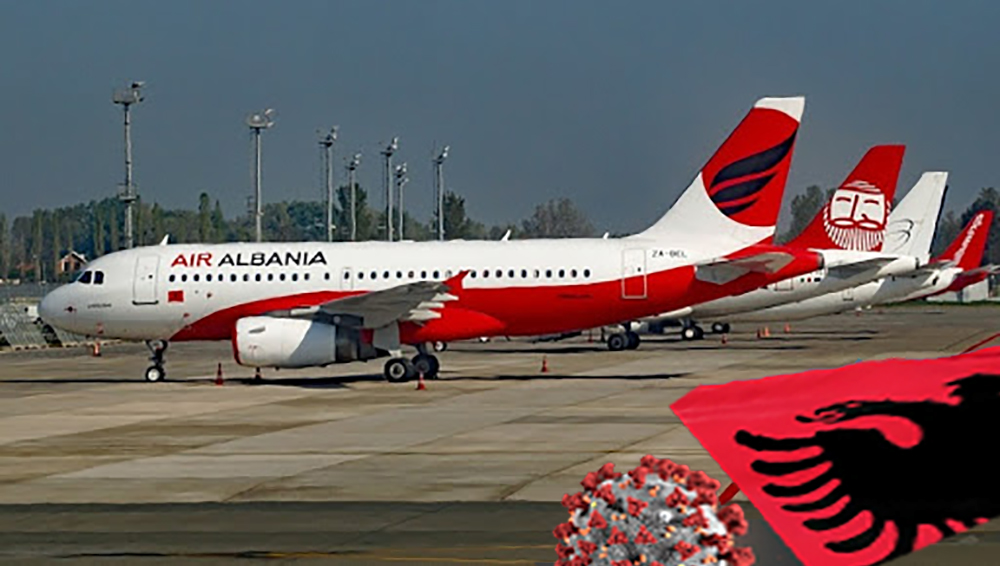 The MEK’s leading members made frequent trips to Italy in the early months of this year, exposing them to COVID-19. In this respect, it is important to acknowledge that the MEK members are not all based in the closed camp. Last year, MEK leader Maryam Rajavi was forced to leave her base in France and set up her new headquarters in Albania. Many leading members live in the capital Tirana and occupy a variety of premises — from business offices to an entire floor of the International Hotel in Skanderbeg Square in Tirana. Where are those people now? What contact did they have between Italy and the residents of Camp Ashraf 3? Durres county is the epicenter of the current coronavirus epidemic in Albania. Have MEK members inside been infected?
We don’t know and we may never know. The Albanian authorities, including the security services, do not have access to the camp. According to investigative journalist Gjergji Thanasi, who lives in Durres county near the MEK camp, the Health Ministry “deals with Camp Ashraf 3 as if it does not exist. There is not a single line in the Durres Municipality health officials’ paperwork written about the camp and its residents. No Albanian health official has ever entered the camp.”
This means that no matter how hard epidemiologists may be working to trace the contacts of positive cases throughout the country, the MEK will not submit to allow Health Ministry staff inside the camp to test the individuals there. Thanasi goes on to explain, “the MEK have their own doctors, nurses, and dentists. When they have seriously ill patients, they hire private ambulances to transport them to a public hospital in Tirana.”
What is deeply concerning in this crisis, however, are the messages emerging from the camp and covertly passed to those who are concerned with their welfare. Over a thousand families of these disappeared MEK members, who have been trying for two decades to gain contact with their loved ones, say these messages are alarming. They say that the MEK leaders have blocked every form of access to medical care and hospital visits have been cancelled. They also report that some people have gone missing and nobody knows where they are. Everyone inside the camp is worried about the virus and that they are getting no help. They say there is a general sense of dread about the spread of COVID-19.
According to Thanasi, employees of Durres Municipality who engaged in disinfecting streets, squares, flea markets, and agriculture produce markets had contacted the MEK camp via the local Manez council officials offering to disinfect the camp. “We were thanked profusely before our offer was very politely turned down. The commanders at the camp insisted they had already thoroughly disinfected the camp”, Thanasi was told. The Municipal workers however added there was “no evidence this had been done.”
Outside the camp, local residents have observed the MEK’s efforts to deal with the crisis. Speaking to Thanasi, one resident said, at the camp entrance, Albanian armed security guards and MEK members have been observed wearing masks and gloves, “but those on duty at a second gate do not always use protective gear.”
It appears that in public, MEK personnel will wear the masks and gloves, but a group of MEK members who work in a small facility outside the camp fence opposite the main entrance generally do not wear protection. It could be that a shortage of PPE means the MEK has to adopt a public relations exercise to be seen to observe distancing, isolation and protective measures. More cynically, the patchy distribution of protective gear could be linked to a hierarchy of privilege.
Without official oversight, it is not known how many MEK members will contract the virus and how many will die as a result. What is known is that since arriving in Albania, dozens of MEK members have died — reportedly from old age and illness — yet their reported cause of death cannot be relied upon.

MEK leaders mostly refuse post-mortem examinations. The MEK leaders are just as unlikely to report incidences of COVID-19 infections and deaths. MEK members are especially susceptible to the ravages of this virus. Their average age is around 65, with some members in their seventies and eighties. Many members have underlying health issues, and weakness brought on by the decades of overwork and harsh living conditions endured in Iraq. Rajavi herself is so frightened of succumbing to the virus that back in March she had one of her parliamentary lobbyists raise the possibility of travelling to the UK where even as a visitor she could access world class medical facilities.
Clearly, even if the MEK does eventually allow sick members to be tested and gain access medical care, Albania is barely equipped to deal with a widespread outbreak of the coronavirus among the indigenous population. If this troublesome group consumes badly needed resources, the finger of blame will surely go to Albania’s corrupt politicians who allow this group to flout the country’s laws and national interests and pursue its own agenda. That finger of blame must as well point directly at the Trump administration too. Secretary of State Mike Pompeo is happy to use MEK propaganda churned out by the troll farm in Camp Ashraf 3 by enslaved members to attack Iran and justify the continuation of extreme sanctions. What responsibility will he take for the health and wellbeing of these people and the people of Albania.