The next elections to the European Parliament will take place in two weeks and never before have the elections been labelled so decisive by so many European leaders. Many things have changed since the previous elections of 2015 won by centre-right liberal-conservative and centre-left social-democratic parties. Millions of refugees and migrants from the Middle East and Africa have fled to Europe, thus causing the ongoing migrant crisis, and tens of European cities have been hit by terrorist attacks, leaving hundreds of civilians dead. All this has resulted in fueling people’s fears about the security, as well as in growing popularity of far-right populist, anti-immigrant and Islamophobic political parties. Numerous political analysts are predicting the success of such parties in the upcoming elections in late May. 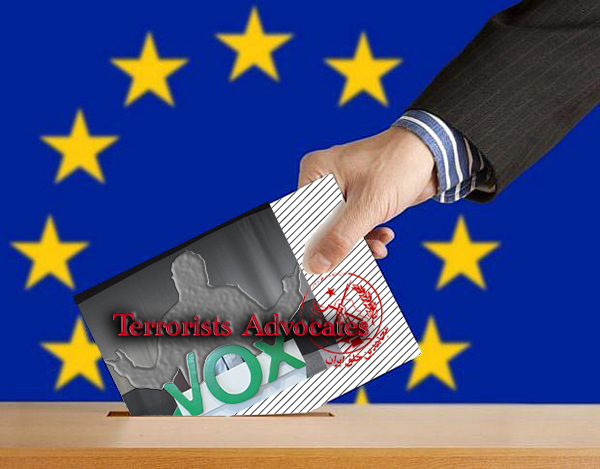 One particularly interesting example of far-right populism recently emerged in Spain, a country in which the centre-right and centre-left have been exchanging in government for decades. However, in December last year Spain saw a noisy irruption of Vox, a hitherto marginal extreme right party, into mainstream political life. The Vox won almost 11% of the popular vote in the regional election in Andalusia, the most populous and the second largest autonomous community in the country, gaining 12 seats and entering a regional parliament for the first time. The latest polls show that Vox will win 10-13% of national votes in the upcoming elections, in other words, 6-8 secured seats in the European Parliament.

Santiago Abascal, the Vox party leader, built his campaign on a platform of Euro-scepticism, anti-feminism, xenophobia, and exacerbated Spanish nationalism. The transatlantic extreme right political guru Steve Bannon sees Vox as a valuable part of his global ideological crusade against the “liberal elite” and “cultural Marxism.” In April, the Vox launched its election campaign in the tiny town of Covadonga, sometimes referred to as the “cradle of Spain.” According to the historical narrative of Spanish conservatives, Covadonga was the site of the first victory by Christian Hispania against Spain’s then-Muslim rulers, and the start of the Reconquista, the 780-year process of reclaiming Iberian lands for Christendom. “Europe is what it is thanks to Spain, thanks to our contribution of stopping the spread and the expanse of Islam,” Vox’s vice secretary of international relations Iván Espinosa de los Monteros said. One of the party’s earliest controversies was a wildly Islamophobic video conjuring a future in which Muslims had imposed sharia in southern Spain, turning the Cathedral of Córdoba back into a mosque. Javier Ortega Smith, the Vox secretary general, was recently investigated by Spanish prosecutors for hate speech after he spoke of an “Islamist invasion” that was the “enemy of Europe.”

Given Vox’s staunch Islamophobia, independent observers were surpised several months ago when El País newspaper revealed that Vox’s emergence is intimately linked to Mujahedin-e Khalq (MEK), an exiled Iranian cult bitterly opposed to the current government of Iran. Only in the early 1980s, the MEK conducted over three hundred terrorist attacks against targets in Iran, and in total more than 16,000 people have been killed in Iran alone, not counting their atrocities against Iranian and Iraqi civilians during the aggressions of MEK’s ally Saddam Hussein. Mujahedin-e Khalq has also conducted attacks against numerous Western targets, in Europe, North America and elsewhere. The organization is designated as a terrorist organization by Iran and Iraq, and was on European Union’s terrorist list until 2009 and on the US terrorist list until 2012. Reason for delisting lies in the long-term lobbying by MEK’s leading sponsors, namely US neocons, Israel and Saudi Arabia, who see the organization as a useful tool for political pressure against Iran.

The Vox-MEK link goes beyond any ideological affinity that might exist between the two groups. According to an investigation on Vox’ finances conducted by El País, a leading Spanish newspaper, in 2014 Vox received a donation of 500.000 euros from the MEK. The money reportedly came via thousands of contributions ranging from 200 to 5000 euros from individual members and sympathisers of the MEK. This money allowed the party to kick-start its election campaign for the European Parliament. The person who played a key role in securing this funding was Alejo Vidal-Quadras Roca, a veteran Spanish politician who served as a vice-president of the European Parliament from 2004 to 2014, and then became one of the founders of Vox. During his years as a vice-president, Vidal-Quadras Roca was the most influential MEK lobbyist in the EP, leading the cross-party group “Friends of Free Iran” which acted mostly as a mouthpiece for the MEK. On numerous occasions, he also hosted the MEK “president-elect” Maryam Rajavi in the European Parliament. A self-professed “defender of the West,” Vidal-Quadras Roca was lobbying on behalf of an organisation that was responsible for terrorist attacks on Westerners.

The Vox party did not make it to the EP in 2014, and Vidal-Quadras Roca eventually parted ways with the party in 2015. He still spends a lot of time in Brussels, however, continuing to promote the MEK. His abandonment of a party does not mean that the Vox-MEK ties have been severed. Rafael Bardají, a radical Zionist and Vox member since 2018, recently joined advocating Trump’s “maximum pressure” policy against Iran. Current leaders of Vox insist that they no longer receive any funding from foreign sources, and that the party is supported exclusively by small Spanish firms and crowdfunding. El País and independent analysts dispute such statements, emphasizing the Vox’s financial strength which has enabled them to acquire real estate, hire new personnel, pay lawyers to file complaints and petitions against the government, etc. Even former party leaders accuse the current leadership of running financially opaque operations, falling far short of satisfying legal standards for transparency.

Thirty-two advocates do not belong to any specific EP political group or affiliation, they are conservative, liberal, green, and so on. Three-quarters of them come from smaller EU members, half from Eastern Europe, one-eighth from the Balkans. Among those from the five main EU member states, all are relatively unknown and belong to the opposition parties or independent. Obviously, the MEK’s purchasing a prominent MEP of a serious party and country represents an issue, not only due to price but also international repercussions. On the other hand, dealing with cheap marginal figures from the European periphery does not pose any problem.

The collective strength of such peripheral lobbyists can be sufficiently explained by the fact that MEK, a terrorist group responsible for more civilian casualties than ISIL, currently holds roughly five percent of the European Parliament. Taken as a national entity, it’s the seventh most represented member, after five main members and Poland. With the growing popularity of pro-US and pro-Israeli populist parties in Eastern and Southern Europe, it can be expected that the MEK’s representation will no longer be limited to individuals but to entire parties (like Vox), and that their share in the EP could even increase.

Filip Vuković is a Serbian politologist and investigative journalist from Belgrade, covering the western Balkan area for Serbian, English and Italian outlets. His focus is on nationalism, ethnic tensions and economic policy in the post-Yugoslav area. Currently, he is preparing a PhD dissertation at the University of Padua.