In November 2012, following the assassination of at least five Iranian nuclear scientists between 2007 and 2012, the NBC News revealed that Israel and MEK were responsible for murdering Iranian scientists. The report of Opiniojuris reads: “Deadly attacks on Iranian nuclear scientists are being carried out by an Iranian dissident group that is financed, trained and armed by Israel’s secret service, U.S. officials tell NBC News, confirming charges leveled by Iran’s leaders.” 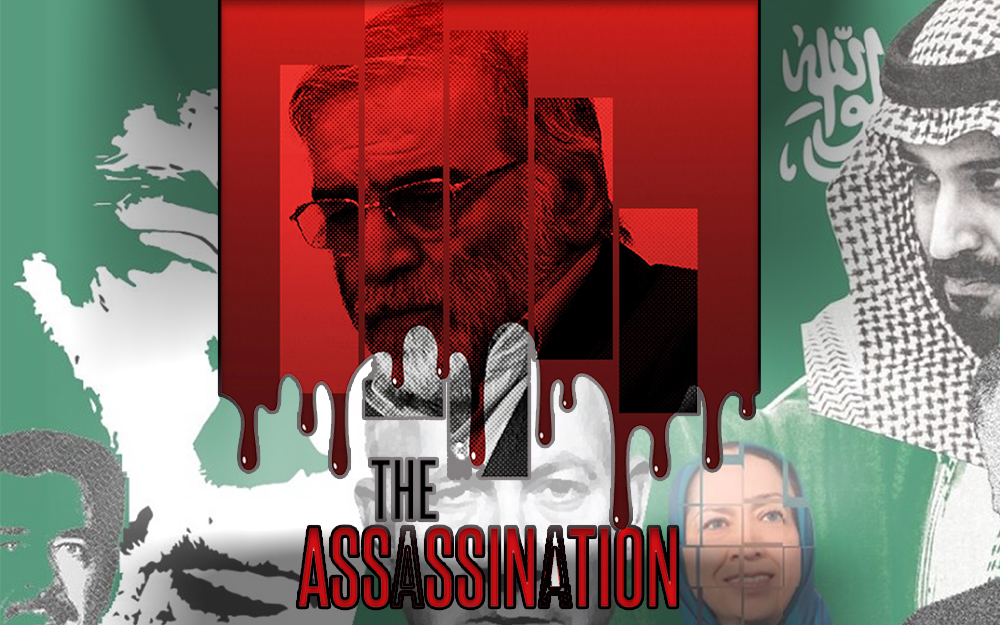 Besides, more evidences are found in the MEK propaganda websites. The group held one of its so-called press conferences in its Washington office last month.

There, Alireza Jaafarzadeh, the group’s propaganda figure, claimed that Dr. Fakhrizadeh was a “Revolutionary Guard commander” who supervised a site that is “building nuclear weapons”.

“Jafarzadeh said that the SPND, which he claimed oversees weaponization, was active at new site in Sorkheh Hessar, east of Tehran, under the supervision of a Revolutionary Guard commander he named as Mohsen Fakhrizadeh. Jafarzadeh displayed aerial images of this alleged new site, and of a second site at Khojir, near Sorkheh Hessar, that he said was producing ballistic missiles.”

One month after the so-called revelations, the deadly terrorist attack on Mohsen Fakhrizadeh recalls us the same pattern of MEK-Mossad collaboration, the NBC News has already exposed this fact. Numerous experts and analysts did not hesitate to point out to the MEK’s part in the assassination.

Reza Nasr, an international law expert from Geneva’s Graduate Institute of International and Development Studies, tweeted a few hours after the terror attack: “The @StateDept revoked the designation of MEK as a FTO on the ground that it renounced to violence and had not seemingly committed acts of terror for a decade. MEK’s likely involvement in today’s terrorist operation in Iran should overturn that decision. #Fakhrizadeh.” In another tweet in Persian, he asserts that legal actions should be taken to relist the MEK as terrorist organization in case that its part in the assassination is confirmed.

Trita Parsi, the co-founder and Executive Vice president of the Quincy Institute for Responsible Statecraft and the founder and former president of the National Iranian American Council also tweeted: “Israel has, however, used operatives from the Iranian terrorist organization the MEK in the past to conduct attacks in Iran. The MEK is the group that introduced suicide assassinations to Iran.” He correctly refers to the MEK as the first terrorists in the history of the Islamic Republic of Iran.

Olsi Jazexhi, an Albanian historian, specialized in the history of Islam, nationalism and modernity is also a very motivated human rights activist interested to aid families of the MEK members who are not allowed by the MEK leaders to visit their loved ones in the group’s camp in Albania. Jazexhi does not deny the part of Rajavi’s group in the recent assassination. “Did Israel and Albanian based #MEK – #Maryam_Rajavi mafia assassinate the Iranian scientist #MohsenFakhrizadeh?” he tweeted.

Pouya Alimagham, a historian of the modern Middle East and specializes on Iran, Iraq, and the Levant, tweeted about the MEK’s reaction to Fakhrizadeh’s terror: “Notice how the #MEK cult members & leadership haven’t condemned or really said anything about the unprovoked assassination of the Iranian scientist. They’re quietly hoping they’ll be a war w/#Iran. They think the ends (achieving power) justifies the means (war & imploding Iran).”

Massoud Behnoud, a prominent Iranian journalist and writer and a critic of the Iranian government tweeted in Persian telling of his common sense about the part of the MEK in the terror. “Today, Israel has the tools of bluff and show-off but a naughty feeling tells me that the assassination of Fakhrizadeh the nuclear scientist is the work of Mujahedin. Or, at least they had a primary part in it

Although, the MEK claims that it renounced violence in 2002 and this claim was the base of the arguments that ended with its removal from the list of Foreign Terrorist Organizations of the US State Department in September 2012, investigations and evidences demonstrate that it has never renounced violence, at least not until a few days ago. The main proof is the message of the disappeared leader of the group Massoud Rajavi on October 2020 in which he promised to kill more of the Iranians and also reaffirmed the killing of 17000.00 Iranians so far.