An Iranian diplomat, who was arrested back in 2018 on the false charges of being linked to a bomb attack plot in the French capital of Paris, has refused to turn up for trial in Belgium.

In June 2018, Belgian authorities said that Iranian diplomat Assadollah Assadi had been arrested in Germany over suspicions of plotting a bomb attack on a meeting of the terrorist Mujahedin Khalq Organization (MKO) in Paris attended by US President Donald Trump’s lawyer, Rudy Giuliani, and several former European and Arab ministers.

The authorities added that Belgian police had intercepted the suspect, along with a 38-year-old man and a 33-year-old woman, in Belgium with 500 grams of the homemade explosive TATP and a detonation device found in their car.

Germany extradited to Belgium the 46-year-old diplomat in defiance of Vienna Convention on Diplomatic Relations 1961.

Iran says its diplomat arrested in Germany on the false charges of being linked to a bomb attack plot in Paris enjoys full diplomatic immunity.

Dimitri de Beco, the Iranian diplomat’s defense lawyer, said he would be representing his client and that Assadi did not attend the court on Friday as he was seeking diplomatic immunity.

De Beco also added that the plaintiffs were turning the case into a political trial on behalf of the MKO.
The next session of the trial is scheduled to take place on Thursday and the court is then expected to adjourn its verdict before ruling early next year. 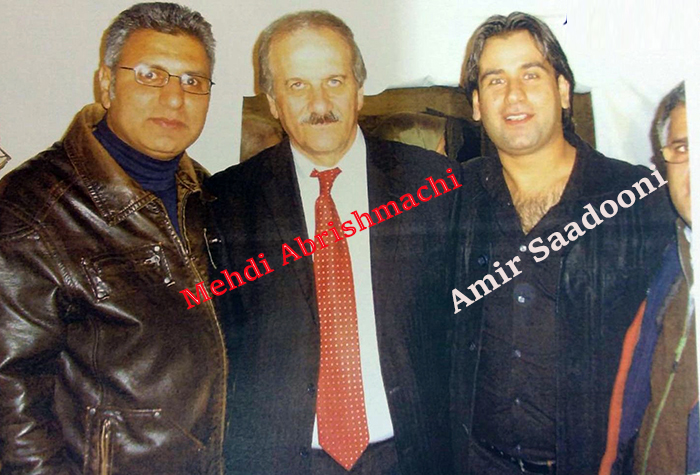 Following Assadi’s apprehension in Berlin, the director general for Europe affairs at Iran’s Foreign Ministry met German ambassador Michael Klor-Berchtold to convey the Islamic Republic’s strong opposition to the arrest, detention and extradition of the Iranian diplomat and said the move was part of a manufactured plot by those opposing Iran-Europe relations and was planned by the MKO itself.

The MKO has conducted many assassinations and bombings against Iranian officials and civilians since the 1979 victory of Iran’s Islamic Revolution. It notoriously sided with former Iraqi dictator Saddam Hussein during his 1980-88 war on Iran.

Out of the nearly 17,000 Iranians killed in terrorist assaults since the Revolution, about 12,000 fell victim to the MKO’s acts of terror.

The terrorist outfit was on the US list of terrorist organizations until 2012. Major European countries, including France, have also removed it from their blacklists. The anti-Iran terrorists enjoy freedom of activity in the US and Europe, and even hold meetings with American and EU officials.

Western and European countries have also kept silent about the latest targeted killing of Iranian physicist Mohsen Fakhrizadeh by terrorists in his vehicle in a small city east of the capital Tehran.

The Iranian Foreign Ministry roundly condemned the terror attack, saying there were “serious indications” of the Israeli regime’s role in the assassination.

Fakhrizadeh’s name was mentioned multiple times in a presentation in 2018 by Israeli Prime Minister Benjamin Netanyahu, during which he repeated baseless claims about the Iranian nuclear program.

Netanyahu described the scientist as the director of Iran’s nuclear program and threatened, “Remember that name, Fakhrizadeh.”

The Tel Aviv regime has made several attempts over the past years to throw a wrench in Tehran’s peaceful nuclear work.