A number of residents of the city of Manza in the Albanian province of Durres went out to protest against the members of the People’s Mojahedin Organization of Iran who use this city as their camp called Ashraf 3, which is witnessing an outbreak of the Coronavirus. 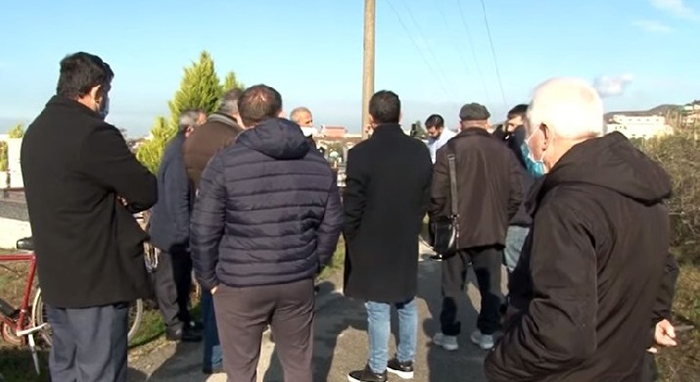 Albanian news sites reported, Thursday, that “residents of the city of Manza went out today in a protest in the city against the existence of the MEK because of the organization’s occupation of the public cemetery.”

The protesters demanded, according to what was reported by the Ashraf News correspondent, the Albanian authorities to stop the violations of the MEK’s leadership and its exploitation of the public

One of the protesters said in an interview with Ashraf News, “This space (the cemetery) should be available only to the indigenous people and not to those who came from Iran.”

In a related context, and as usual, the MEK claimed that “the protests that took place in the city of Manza against it were small and that they were instigated by members working for the Iranian regime.”

The organization claimed, through one of its leaders, that “the coexistence between the MEK members and the residents of Manza is very friendly, but certain people in the village are being abused by the Iranian regime,” considering the protest stand as a security threat to the MEK members.

Albanian media sources informed the correspondent of Ashraf News in Tirana, that the leadership of the MEK exerted pressure on the “Aura News” channel to delete the news of protests against it in the city of Manza.

The sources associated with Aura News said, “The MEK managed through exerting heavy pressure to delete the news regarding the issue of the cemetery in the Albanian city of Manza,” adding that “the channel bowed to the leadership of the MEK and removed the news from its official website.”