Moises Garduño is a Professor of the Faculty of Political and Social Sciences of the National Autonomous University of Mexico where he teaches Middle East Studies and Arabic Language. He is also PhD candidate in Contemporary Arab and Islamic Studies at the Faculty of Philosophy of Autonomous University of Madrid. His article titled “The collective action of Mujahedeen-e Khalq Organization (MKO): evolution, interests and current situation” was published on volume 51 of the Estud. Asia Áfr. Journal in 2016. 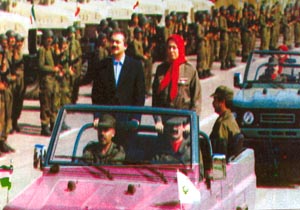 This paper defends the hypothesis that the political survival of the Mojahedin-e Khalq-e Iran Organization (The Fighters of the People of Iran) is dependent upon the recognition of this group’s joint interests with the political competitors of the Islamic Republic of Iran and not due to the effectiveness of any discursive or political project as these might relate to the Iranian society at large. The abstract reads:

For over three decades MKO has survived and operated against the government of the Islamic Republic of Iran supported by Saddam Hussein (in eighties) and for several personalities of the U.S. and some European governments in nowadays under National Council of Resistance of Iran (NCRI). Led by the charismatic Maryam Rajavi, wife of the movement’s official leader Massoud Rajavi, MKO promotes the establishment of “The Democratic Islamic Republic of Iran”, a project that displays that Islam, democracy and human rights can be implemented in “a future and new Iranian state. However, its history full of political treachery, terrorist acts and harassment against its own members, casts doubt on the authenticity of its political project which, with the unfavorable international environment faced since the departure of the U.S. troops from Iraq in 2009, questions its legitimacy and future as a political organization.

To read the full paper open the PDF file