Olsi Jazexhi, an Albanian historian, believes that terrorist groups like Jabhat al-Nusra, Daesh and MEK are mercenaries of Israel and the U.S. to undermined the Muslim world.

“Jahbat al-Nusra, Daesh and MEK are front organizations of Israeli and American imperialism against the Muslim world,”Jazexhi tells the Tehran Times.

“They are the foot soldiers of the Zionist allegiance in the destruction of Muslim nation-states,”he adds.

Iranian officials have directly pointed the finger at Israel for assassinating top nuclear scientists, including Mohsen Fakhrizadeh, by using the terrorist cult group of Mujahedin-e Khalq, known as MEK, as foot soldiers.

“Even though Israel officially has not shown any direct relation with MEK, unofficially, it as well as the Evangelical U.S. administration of President Trump used MEK and its experience in terrorism and false flag attacks as a tool for attacking and blackmailing Iran,”the Albanian historian notes. 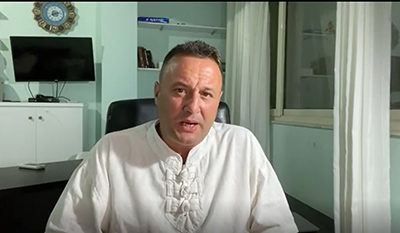 Following is the text of the interview:

Q: What was your impression when you noticed that Kosovo has opened an embassy in Jerusalem?

A: The opening of Kosova’s embassy in Jerusalem was an illegal act which the government of Benjamin Netanyahu forced on the government of Abdullah Hoti. The opening was the result of lengthy machinations that Richard Grenell, the Evangelical Presidential Envoy for Serbia and Kosovo for President Trump, did from 2019 to 2020 as part of his project to force the government of Kosovo and Serbia to sign a”Normalization Agreement.”
Kosovo’s embassy opening was part of the project Zionist Abraham Accords which Israel and the Trump administration imposed on many Muslim majority countries. These accords wanted to subjugate the rest of Islamic Ummah to Israel and force the Muslim world to capitulate on the question of Palestine to the Evangelical/Zionist bloc.

The opening of the Kosovo embassy in Jerusalem was made by blackmail and a coup against the Albin Kurti government, which the Americans organized in 2020.

Q: What are the ties between Israel and MEK in Albania?

A: Israel, which during the era of Socialism was considered an aggressor state by Albania, nowadays enjoys a very privileged status in Albanian politics. Israel has an embassy in Tirana, Albania, and our corrupt politicians do all they can to please the Israeli ambassadors in our country since they know that they have a lot of power over the Americans. During the past years the Israeli embassy has been very successful in turning the state of Albania against the Arab and Muslim countries, and today Israel should be very happy by the fact that Albania hosts an ex-terrorist organization, the Mojahedin/Monafeqeen (MEK), in its soil. Jahbat al-Nusra, Daesh and MEK are front organizations of Israeli and American imperialism against the Muslim world. They are the foot soldiers of the Zionist allegiance in the destruction of Muslim nation-states. Since Israel is the enemy of Iran, we can easily conclude that the enemy of Iran should be the best friend of Israel.

During the era of the Trump administration, MEK was boosted in Albania and in Europe and presented as the ‘Iranian opposition’ who will overthrow the Islamic Republic of Iran and replace the current government with a pro-American puppet regime headed by the cult leader of MEK, Maryam Rajavi. Since its coming to Albania in 2016, MEK has been used by their American /Israeli supporters to make countless false claims against the Islamic Republic of Iran and attack and downgrade the presence of Iran in the Balkans. MEK uses its paramilitary base in Albania to attack every Iranian institution in the world and these attacks are later presented as facts by Israeli agencies. Israeli think tank organizations like the International Institute for Counter-Terrorism (ICT) and its researchers like Dr. Shaul Shay have openly supported ex-terrorist MEK, called them”Iranian Opposition,”and propagated their lies as truths. The American Jewish Committee (AJC) has also promoted MEK and hosted Prime Minister Edi Rama to deliver a speech to this committee where he defended this Iranian ex-terrorists cult and compared them with the Jews during the Holocaust.

Even though Israel officially has not shown any direct relation with MEK, unofficially it as well as the Evangelical U.S. administration of President Trump used MEK and its experience in terrorism and false flag attacks as a tool for attacking and blackmailing Iran, many European governments and citizens who wanted to have normal relations with the Islamic Republic of Iran.
However, the good news is that since the coming of Joe Biden in power in the White House, MEK seems to have downgraded its illegal activities from Albania towards Iran and Europe. Albanians pray and hope that the new U.S. administration will force Albania to dismantle the MEK paramilitary camp and force MEK to be deradicalized and abandon terrorism. 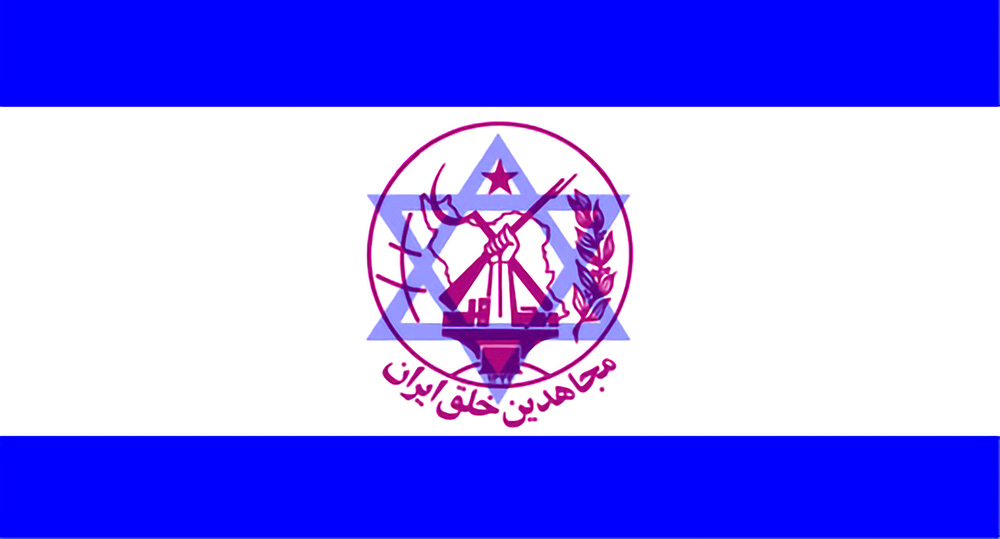 Q: How do you assess Arab states’ position regarding the Palestine cause especially after Bahrain and the Emirates normalized ties with Israel?

A: After the U.S. invasion and destruction of the Arab republics in Iraq, Libya, Syria and Yemen, the Arab world has plunged into chaos and desperation. The dictatorial regimes of Saudi Arabia, Bahrain and the United Arab Emirates, who have seen the destruction of their Arab neighbors have submitted their national sovereignty to the United States and Israel. They have accepted the defeat and understood that their survival depends on their total submission to the Western alliance. As a part of this submission (Persian) Gulf Arabs have accepted to abandon their glorious Islamic and Arab identity and turn back to the days of pre-Islamic jahiliyah, when Arab tribes were ruled by the tribes of Banu Qaynuqa.

The Saudis, Emiratis and Bahrainis have betrayed the victories of Prophet Muhammed, Hazrat Umar, Khalid ibn al-Walid, the Abbasids and the Ottomans and have descended back to the era of pre-Islamic Arabia when they were clients of the Byzantine and Sassanid Empire. The regimes of Saudi Arabia, the United Arab Emirates and Bahrain today have turned against their civilization and incite hate against the Turks and the Iranians who defended and developed them for 1400 years.

Part of the Arab defeat is even abandoning Palestine and the Holy Mosque of Masjid al-Aqsa to the Zionist colonizers. Trump and Israel have made clear to the dictatorial regimes of the (Persian) Gulf that their survival is at the hand of the United States and Israel. For this reason, they are begging Israel to support their despotic regimes and, in exchange, have agreed to sell the Holy Land of Palestine, which the Sahabas of Prophet Muhammed, Abu Ubaidah ibn al-Jarrah and Umar gave to Islam 1384 years ago. The Abraham Accords have exposed to the world the most humiliating time for Arab regimes. However, some Arabs, or the so-called Arabs of the Axis of Resistance which is directed by Iran, show that nowadays, there are still some Arabs who are alive and refuse the humiliation and defeat.

Q: How do you see the Biden administration’s approach towards Palestine?

A: Today, the American Empire is facing an existential threat arising from China. While the Trump administration had an open hostility towards Islam and Palestine and the Evangelical lunatics of the White House like Mike Pompeo, Mike Pence and Richard Grenell had convinced Sinner Trump that he was the Biblical Esther who will save Israel from the Persians, the Biden administration seems to be more down to earth and pragmatic.

The Biden administration is not as zealous towards the fundamentalist regime of Israel. While it will not cause undue crimes that the Trump administration committed against Palestine, I believe that this administration will show more respect for Muslims and Palestinians. It does not mean that Biden will return to Catholicism and liberate Palestine for Christianity; however, I believe that the Estherian dream of the Evangelicals of Trump wanted to see the Armageddon against Muslims will not happen any time soon.

I believe that the Biden administration, which is desperate to contain China, will try to have a new approach with Iran, Palestine and the Axis of Resistance in order to turn these Arab and Islamic countries away from the Chinese project of One Road, One Belt. Even though Biden is under a lot of pressure from the Zionist groups in the United States, I believe that the new Chinese expansion in Asia is a major threat for the Anglo-American civilization, which will halt for the time being any major Zionist lunacy against Palestine.

Q: How do you assess European countries’ position when it comes to Palestine?
A: Europe is a divided continent. The historical left, which was the major supporter of Palestine nowadays, is very weak. The American interference in Europe’s internal affairs in regard to Islam, Iran and Palestine has shown that European countries are no longer able to defend their national interest and impose peace in the Holy Land. While countries like France, Germany and Italy would love to see an independent Palestine and peace in the Middle East (West Asia), the European policies towards Palestine will continue to be dictated by the U.S. projects for the New Middle East (West Asia).