Members of the Mujahedin Khalq (MEK/ MKO/ PMOI/ Cult of Rajavi) in camp Ashraf three, Albania, have been tasked with gathering intelligence on journalists via telephone.

The new order from MEK leaders to increase the focus on telephone intelligence gathering from reporters and journalists was issued after photos and news were leaked from inside the group headquarters in Albania. The group’s leaders appear to be seeking sources of this disseminate news and images within themselves.

Therefore, the TET unit of Camp Ashraf, tasked with telephone intelligence gathering, is tasked with finding phone numbers of news outlets media activists and their relatives calling them in order to collect information, a regular basis. Calls from the MEK agents in Europe, in particular from Albania, focus mainly on media reporters who publish news material on the MEK camps in Albania. 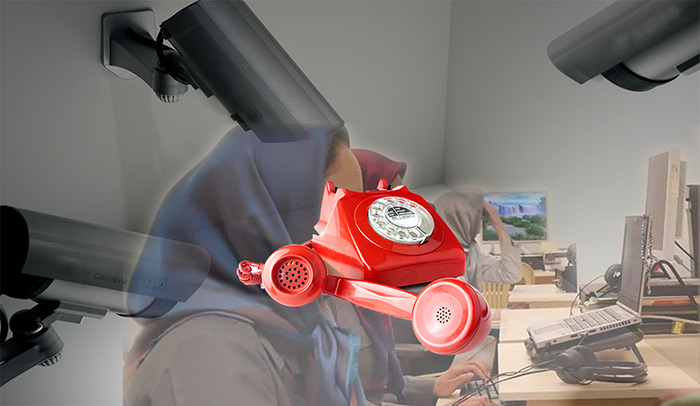 The MEK agents use a new hardware that make these calls include Iran numbers on reporters ‘phone screens to avoid journalists’ suspicions about the calls as much as possible. However, such telephone numbers do not exist in Iran’s mobile operator networks.

The MEK agents call under the cover of a government official or an affiliate of a government agency and express gratitude for the inserted content about the MEK in Albania! Asserting that more information is needed, they try to find sources of the news and information.

Although most of the MEK’s efforts to discredit the information have been unsuccessful, it has increased the need for journalists to be vigilant and well-informed about the methods of telephone intelligence gathering.

MEK leaders and the illusion of overthrow