The State Department Office of the Coordinator for Counterterrorism on April 30 released the list of designated terrorist organizations. Once again Mujahedin-e Khalq Organization (MEK) continues to occupy the status it has been designated since 1997.  in a part we read: "The MEK’s relationship with the former Iraqi regime continued through the 1990s. In 1991, the group reportedly assisted in the Iraqi Republican Guard’s bloody crackdown on Iraqi Shia and Kurds who rose up against Saddam Hussein’s regime. Press reports cite MEK leader Maryam Rajavi encouraging MEK members to "take the Kurds under your tanks" 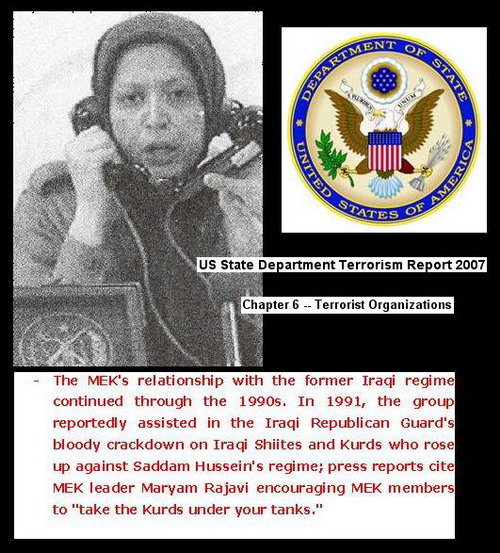