Who is Maryam Rajavi?

Born in December 1953, Tehran, Maryam Qajar Azodanlu (later called Rajavi) was raised in a middle-class family. She joined the Mujahedin Khalq Organization (the MKO/MEK/PMOI/the Cult of Rajavi) after her older sister was killed by the secret Police of the Shah. 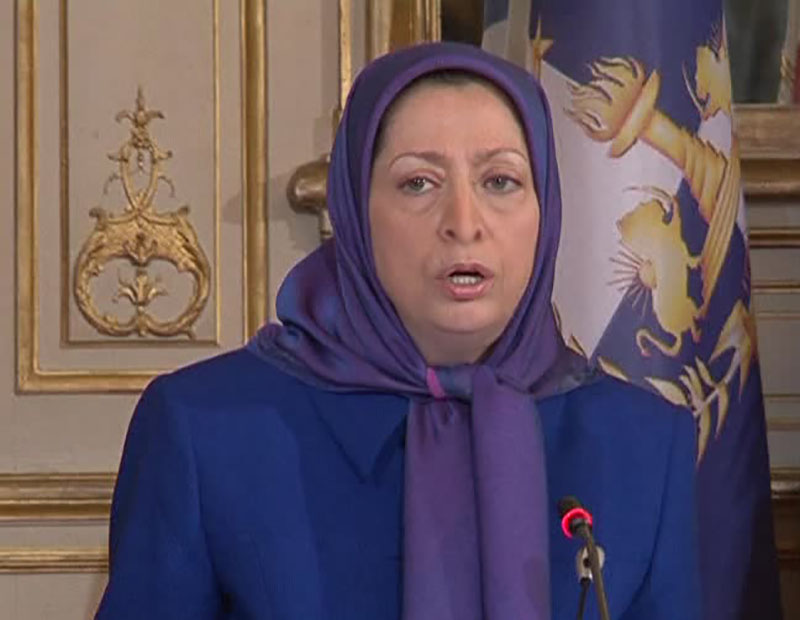 Maryam Qajar Azodanlu served as an organizer of the anti-Shah student movement in Sharif University of Tehran –where she was studying Metallurgy– in the 1970s. She then became an official of the social section of the MKO, where she served until 1981. After the Iranian Revolution, Maryam was a parliamentary candidate in 1980 but she was not elected by the people.

Married to Mehdi Abrishamchi , one of the high-ranking members of the group, she had a baby girl when they fled Iran to join Massoud Rajavi in France.

In France, Maryam became the administrator of Massoud’s office. The close relationship between Maryam and Massoud in the office led to their dramatic marriage in 1985 immediately after she her divorce from Medi Abrishamchi. The marriage was celebrated as an ideological revolution in the history of the group. Maryam Rajavi was named the co-leader of the MKO.

1985, she became Joint-Leader of the PMOI and served in that capacity until 1989 when she became the Secretary General. The marriage signaled a turning point that changed the MKO from an armed political organization to the Cult of Rajavi.

Since then Maryam Rajavi was announces as the role model for all members of the group to leave their own family life and have Massoud in their minds as their only love. Maryam was a tool for Massoud to impose his cult-like practices such as forced divorce, mandatory celibacy and a large number of other violation of human rights against the rank and file in Iraq.

Maryam Rajavi was then selected as the so-called President elect of the NCR, for the transitional government after the so-called overthrow of the Islamic Republic. She is still enduring the title!

After the American invasion to Iraq, Maryam fled to France. Her headquarter in Auver sur d’oise in the suburb of Paris was raided by the French Police in June 2003. She was placed under arrest together with 160 of the group members and the assets of the MKO were frozen by the French judiciary. The Police seized millions of dollars from the group’s headquarters. The group was accused of preparing to commit or finance acts of terrorism and money laundering.

A dozen of brainwashed supporters of the Cult of Rajavi set themselves on fire to protest the arrest of Maryam. Two women were killed eventually. French Police released the cult leader to stop the horrible scenes of self-immolations in European capitals.

Maryam was the first assistant of her disappeared husband Massoud in his quest for sexual abuse of female members of their cult. She was charged with the responsibility of mental preparation of members of the group’s so-called Elite Council to get naked in front Massoud and consequently get in bed with him.

In July 2010, the Supreme Iraqi Criminal Tribunal issued an arrest warrant for 39 MEK members, including Rajavi, for crimes against humanity committed while suppressing the 1991 uprisings in Iraq. According to the testimonies by former members of the group. Maryam told the MKO forces “Take the Kurds under your tanks, save the bullets for the Iranian soldiers.”