The US sanctions against Iran are not new and have continued throughout the history of the Islamic Republic. Following the failure of other US options against the Iranian government such as the coup, war, assassination, and support for opposition, in the past few years, sanctions have become virtually the only tool of the US governments against Iran.

The opposition groups, including the Mujahedin Khalq Organization (the MKO/ MEKL/ PMOI/ Cult of Rajavi) not only support the sanctions but also, they try to push for the military option against Iran. Regarding the inability of the United States and its allies to succeed in the military campaign, the group has to count on sanctions more than ever.

As during the eight years of Iran-Iraq war, the MEK was the spying arm of the Ba’ath Party and Saddam Hussein to gather intelligence on Iranian interests, in the present economic war against Iran, MEK has devoted a considerable part of its power to intensifying economic shocks on Iranian. As Saddam’s private army the MEK launched cross border operations against its country fellow men and provided Iraqi army with intelligence on Iranian fronts and cities, today the group makes efforts to exacerbate the effects of sanctions and pressures on Iranian nation. 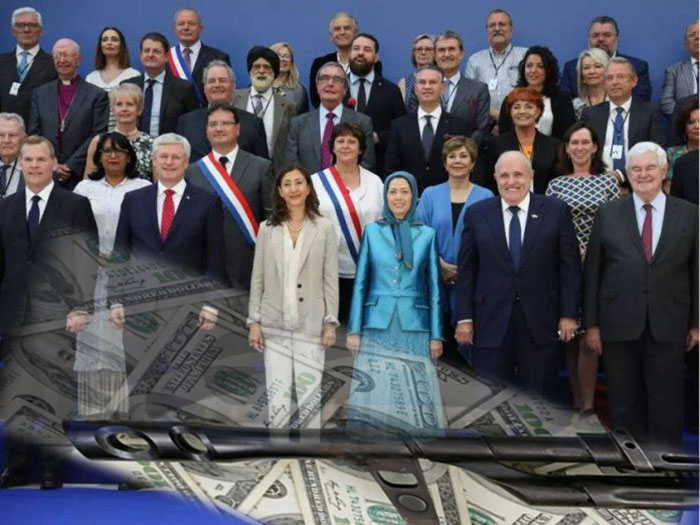 The MEK’s well-paid lobbying campaigns work closely with certain American politicians on the issue of sanctions to help boost the effects of sanctions by the Americans. Through espionage in neighboring countries of Iran, and especially those with good relations with the Islamic Republic of Iran, they also try to discover and provide the United States with methods the Islamic Republic use to circumvent the sanctions.

Spying on governmental, semi-governmental and private-economic institutions and organizations in Iran, as well as attempts to influence Iran’s economic networks with other countries, are the actions that MEK agents have taken to discover Iranian systems to circumvent sanctions. Also, MEK seeks to find the areas in which the Iranian government has had some progress in domestic production that directly eliminated the effects of sanctions.
Foreign companies under the contract of the Islamic Republic of Iran are other targets of MEK operatives to discover Iran’s business relations with other countries, which seek to explore possible ways to circumvent the sanctions. The agents of the MKO in this area are generally seeking intelligence on Iranian parties by contacting law offices, shipping companies, insurance companies and brokers.

According to some sources, MEK is paid by the intelligence services of the US and Israeli governments to gather intelligence on trade routes between Iran and other countries and to discover possible ways to circumvent the sanctions.
MEK focuses on calculating the results and effects of sanctions on Iranian society. To gain information on such issues, they directly use telephone and superficial information on various sectors of the Iranian society, which is not necessarily economic! Some of this information is accessible in the cyberspace, but for others, they need to spy under the coverage of surveying institutions from ordinary people. The classified information is sold to the enemies of the Iranian nation.

These spywares are intended to determine how much sanctions are being imposed on the Iranian people and how much tolerance the people can bear on this process.
Besides, the propaganda machine of MEK in the cyberspace and social networks works hard to persuade the audience inside the country to protest against the economic pressure caused by sanctions. Elements of MEK in social networks try to introduce sanctions as a result of the behaviors of the Iranian system, and thus make people’s protests as a result of economic pressures. They fabricate fake news and fake analysis on economic issues and the impact of political issues on the economic field. They produce a variety of contents including clips, photographs and articles to stimulate social networking users.

In total, the performance of MEK is aimed to exacerbate the effects of sanctions on the Iranian people. This is in fact a source of income for the group. As noted at the beginning of this article, the American economic wars against the Iranian nation have created a space, for the MEK traitors, similar to Saddam Hussein’s invasion on Iran.