Rudi Giuliani is the latest in a long list of people who have advocated for Rajavi and the MEK, and who have fallen from grace. Giuliani is, of course, the architect of his own downfall. His support for the MEK played only a small part in his long, often unsavoury career. (Sacha Baron Cohen’s 2020 Borat film played successfully on Giuliani’s dodgy reputation.) But Giuliani is in good company when we examine the roll call of individuals who have advocated for the MEK and subsequently lost their careers and their reputations – again often in only small part due to their association with the MEK.

The common theme behind this phenomenon – which should be called the ‘Rajavi Curse’ – is corruption. Recently, the US Secretary of State sanctioned the former Albanian leader Sali Berisha over corruption. Berisha presided over the transfer of MEK from Iraq to Albania after 2013. Once they arrived in Albania, Berisha found a lucrative role in advocating for Maryam Rajavi and the MEK. His downfall reminds us of this ‘Rajavi Curse’. 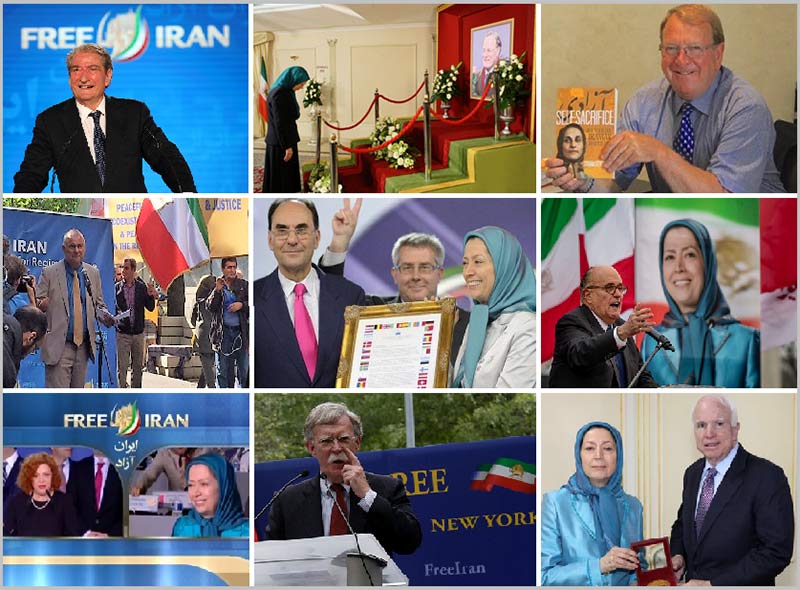 Let’s be clear, all political persons and groups make alliances; some work out well, some work out badly. It should be well known by now that linking themselves to the Rajavis will always work out badly for everyone. From Robin Corbett (UK MP) who had to write denying he took money from the MEK shortly before his death. To Struan Stevenson, Paulo Casaca and Alejo Vidal-Quadras who abandoned their roles as MEPs after the taint of Maryam Rajavi touched them. Of course, John Bolton, Rudi Giuliani, John McCain and others in the US will be forever known as shills for the terrorist MEK. In Albania, former deputy anti-trafficking coordinator Elona Gjebrea, who fawned upon supreme slave owner Maryam Rajavi, was later linked to a mafia family. Now Sali Berisha is added to the long list of unfortunates touched by the Rajavi Curse. In June, Edi Rama’s government which is notoriously corrupt itself, impeached President Ilir Meta, citing corruption.

The roll call of the MEK’s backers is a who’s who of people in power who have tried over the years to inflict fatal damage on the Islamic Republic. They found, in the MEK, a group which offered a package of military, ideological and propaganda thrust which matched with their own anti-Iranian agendas. It mattered not a bit that the MEK members themselves are subjected to calamitous human rights abuses and extreme exploitation as modern slaves.

Several have been embroiled in scandals which are linked to their poor judgement like Sir David Amess, who as an MP advocated for Maryam Rajavi in parliament. Or Bob Torricelli and Bob Menendez who have peddled misinformation for, but not exclusively, the MEK. Others, like Dennis Hastert, are just bad characters and their willingness to shill for the MEK (Hastert appeared in MEK rallies in Paris), can be seen in that context.

Whatever their motivation for supporting and advocating for the MEK, these individuals have backed the losing side. A side which has lost because it is itself corrupt to the core. Maryam Rajavi is currently languishing in Albania, as far from Iran and its politics as could be imagined. Expelled from Europe in 2018, Rajavi has suffered nothing but diminishing forces and power. What we are witnessing as we see her advocates fail and fall along the way is not Rajavi’s power to corrupt people. Rather it is simply that it takes a level of corruption, greed and/or confidence trickery to allow a person to support such an unsavoury group. Whether that support is rooted in money, ideology, stupidity or brainwashing, the result is the same: the Rajavi Curse is toxic to all who come close.

A demo of modern slavery at Camp Ashraf