Afshin was kidnapped by the MEK agents in Turkey

Afshin Jafarzadeh was kidnapped by the agents of the Mujahedin Khalq in Turkey. He was imprisoned in camp Ashraf until the American invasion.

Afshin is 44 years old from, Orumieh, Western Azarbayjan, Iran. In 1995, he went to Turkey to find a job. In Turkey, he found a job but soon he was deceived by the MEK recruiters. He recounts how he fell in the trap made by the MEK:
“I had a good job in Turkey. I could make good money there but I wanted to immigrate to Europe to have a better life. I got familiar with some Iranians who promised to help me move to Germany. They bought tickets. We went to the airport but there I found out that the fight was going to Syria. I was shocked. I asked them why. They said that we would go to Germany via Syria. However, in Syrian airport I realized that we would go to Iraq. I got suspicious. I tried to escape the airport but the Syrian police arrested me and delivered me to the MEK agents.”
Afshin was taken to Baghdad, Iraq where he was received by some other MEK agents. “They were wearing military uniform with no sign on it”, he says. “I had no idea about the MEK. I did not know that it was an opposition group against the Islamic Republic.” 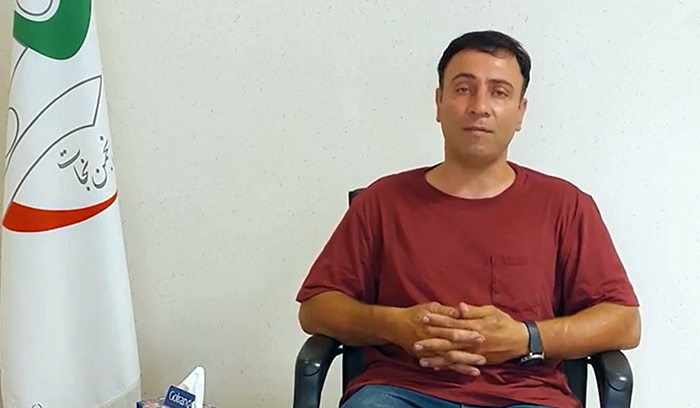 He was taken to Camp Ashraf. His persistence to leave the group did not work. The MEK commanders told him that there was no way out. They sent him to a military unit in the camp where he received military trainings. “Gradually, I got to know that who the MEK were,” Afshin recalls. “I found out that they had operated terrorist acts in Iran. I realized that they had revealed the Iranian nuclear program to the West and I considered it as a treason against my country.”

From the first day, Afshin thought of a way to escape. He hardly ever was brainwashed by the group’s cult-like system. He started expressing his criticism against the group. He even questioned the group’s strategy in a public meeting where Massoud and Maryam Rajavi were present. “It was celebration, I think,” He recounts. “Both Massoud and Maryam Rajavi were there. I stood up and asked Massoud Rajavi, ‘If you really work for Iranian people to make a better Iran, why do cheat on Iran? Why did you put the Iranian nuclear case on the US’s table?’”
Afshin’s audacity to question the group was responded by oppression and mental pressure. “Since then, I was called traitor or mercenary by the group authorities,” he says.

Afshin thinks that he was lucky that the US invaded Iraq in 2003 and eventually disarmed the MEK. He narrates how he fled the group:
“The group was disarmed by the US army and Camp Ashraf was under their control. One day, I was walking in the camp when I saw a US vehicle coming. I waved my hand to stop it. They stopped. As I can speak English, I told them that I wanted to leave the group and they had kept me there against my will. They were surprised to hear that.”

The US military officers interrogated Afshin for an hour and then allowed him to stay in their camp. After a while, some office workers of the Iranian embassy helped Afshin get back to Iran. Afshin returned Iran in March, 2005. He simply retuned to his home town. A year later, he got married and in 2008, his daughter was born. He is a mechanic now; he has his own car repair shop. “I have a normal life with my family and I am happy to be with my wife and daughter,” he says with warm smile on his face.