Without a trace of irony, the MEK this week is advertising its democratic credentials by celebrating the fact that Maryam Rajavi has been their ‘president-elect for a future Iran’ for the past three decades. Since 1993 not a single election has been held to affirm or reject her in this role. Many dictators have not served unopposed for so long and without even the pretense of an election. As someone involved in the process of Maryam Rajavi’s appointment to this position by her husband Massoud Rajavi, I can confirm that her situation is just as phoney now as it was then. Her role is entirely superficial.

In 1991, after losing western support by remaining in Iraq during the First Gulf War, Massoud Rajavi devised a plan to put Maryam centre stage as his pro-west advocate and to task her with re-gaining this support. First, he had to convince the handful of non-MEK members of the NCRI that she was up to this task. Although Massoud was acknowledged as an intelligent and charismatic leader, Maryam was held in such low esteem that it took two years of persuasion and bargaining before Massoud could convince the other NCRI members to accept her as the ‘interim president-elect of a future Iran’. That year, Rajavi also announced that the NCRI membership was increased from a dozen to 500 – 99 percent were MEK members, including myself – thereby diluting any challenge from the original members.

Since Saddam Hussein would not allow Massoud to leave Iraq, the aim was for Maryam to get out and emerge publicly in the west as the soft face of the ‘Resistance’ to announce the imminent toppling of the regime in Iran. Her role was to re-engage western politicians and gain their support for what Massoud described as the ‘only alternative’ to the Iranian regime.

Although Massoud’s mission for Maryam was serious, unfortunately her personality and capabilities were not up to it. Looking back over the years it is clear that her primary understanding of ‘doing politics’ was to simply pose and perform as if in a theatre show. A role she is still performing today in her every public appearance.

In 1993, I brought Maryam to Paris with a false passport. Massoud allocated her half the monthly allowance given by Saddam to fund the National Liberation Army and about 300 personnel, chosen by Maryam. This was supposed to be a new start for the NCRI, similar to when Massoud Rajavi escaped to Paris from Iran in 1981.

However, as soon as Maryam arrived in Paris she asked Mohaddessin to talk to his CIA contact and ask for visa to the US. Mohaddessin warned her they wouldn’t issue one. They didn’t and that door was firmly closed. The CIA contact told them that for the time being no other MEK were allowed to travel to the States, not even Mohaddessin himself, and that if they tried to go with false passports, they would be severely punished. Of course, Maryam later blamed Mohaddessin and shunned him for a few months.

After arriving in Paris, Maryam’s limited capabilities soon became clear. Instead of undertaking political work – contacting politicians, networking and lobbying – about which she had no clue, Maryam focused on recruiting Iranian exiles. She poached famous music stars from the diaspora and had the MEK members trawl refugee populations to create ‘supporter numbers’. She used Massoud’s money to fund dinner parties to which she would invite western feminists to listen to her talks. Maryam, in her headscarf, lectured American, Scandinavian and European feminists in why they couldn’t be considered real feminists until they accepted Massoud Rajavi as their ideological leader.

I could see that this was not what Massoud Rajavi had envisioned when he tasked her to reinstate the MEK in western political circles and began to argue with Maryam. She must have complained to Massoud because I was soon recalled to Iraq. I was told that I was needed to sort out some technical problems in the underground nuclear bunker. But I soon realised Massoud wanted to check my loyalties. I played nice until he sent me back to Paris. Then I immediately travelled to London where I surrendered my French, Iraqi and Jordanian identity documents and announced my separation from the MEK. I got identity documents in my real name and went about reintegrating into society.

By 1996 it became clear Maryam was to be deported back to Iraq. She asked for one last face-saving event before going back. The UK granted her a 3-day visa, backed by a guarantee from France that they would take her back afterwards. The MEK announced a concert for the famous singer Marzieh at Earls Court in London with free tickets. At the last moment they changed the advertising pictures of Marzieh outside to pictures of Maryam. It didn’t help. When she returned to Iraq at least half the people who had come to Paris with her didn’t go back – including myself, Dr. Massoud Bani Sadr (NCRI Rep in USA) and Dr. Bahman Etemad (NCRI Rep in UK).

By 1997, the loss of so many key members led to Massoud bringing as many as possible back to Iraq. Massoud even called me and tried to persuade me to return to Iraq as an NCRI member not as MEK. When I told him I had been too close to him and knew exactly why he was asking me to come to Saddam’s lawless land, he got angry and started swearing at Maryam who was sitting alongside him. Clearly, Massoud was furious with her for not only failing to get political support, but also losing many core members too. I had credible fear for my life.

Once outside the MEK, over the next year and a half it became clear to me that Massoud and Maryam were sending people into Iran not to kill but to get killed; to add to the blood bank that was already swelled by operation Eternal Light. Terror teams were being intercepted and arrested or killed at the point of entry from Iraq to Iran. Many died. It was obvious there was either a mole in the top level of the MEK or the top themselves were informing the Iranians. When the Iranian security services realised this they stopped killing MEK members and began to arrest and rehabilitate them. Members of these terror teams spoke out about their experiences: Arash Sametipour, Babak Amin, Marjan Malek. They became part of a movement of other ex-MEK members, inside and outside Iran, along with a nationwide association of families of those still inside MEK (Nejat Society), that began actively campaigning to expose the real nature of the MEK, NCRI and Massoud and Maryam Rajavi. The MEK was listed as a terrorist entity by major western countries.

In 2003, with the US invasion of Iraq, Maryam once again emerged on another passport in Paris. She was arrested under terrorism laws. However, some deal was done to free her as the MEK was restored to western favour and began to be used by an anti-Iran coalition of Neocons, Israel and Saudi Arabia. Eventually the MEK was removed from the terrorist lists and deployed in propaganda activity. The MEK members transferred from Iraq to Albania were set to work in a click farm, attempting to influence the narrative on Iran through social media. Maryam continued – increased even – her performances and shows. Her annual Villepinte event became a lucrative holiday trip for many politicians and former officials.

Throughout all this time, I don’t believe it has mattered to Maryam or the members that the fortunes of the MEK were dictated and paid for by foreign powers. Her role, after her husband disappeared in 2003, was to simply maintain the group as an entity; a feat she failed back in the 1990s.

Now, after three decades, Maryam Rajavi is still putting on performance and shows which she, probably sincerely, believes demonstrate her credentials to lead Iran in some mysterious future when it is liberated somehow from its demonic leaders. The problem is, to be a leader, you need followers. The only followers Rajavi has are the enslaved members in Albania, along with some paid supporters and paid advocates. She hasn’t the ability to lead or to learn. Just as when she arrived in Paris in 1993, Maryam still doesn’t know or understand how to ‘do politics’. The tragedy is she also doesn’t see herself as the useful idiot in the fight against Iran, or that the MEK is a merely sideshow, at best an irritant, in the west’s interminable mission to defeat Iran. Performance is all. All hail the unelected president-elect of Iran. 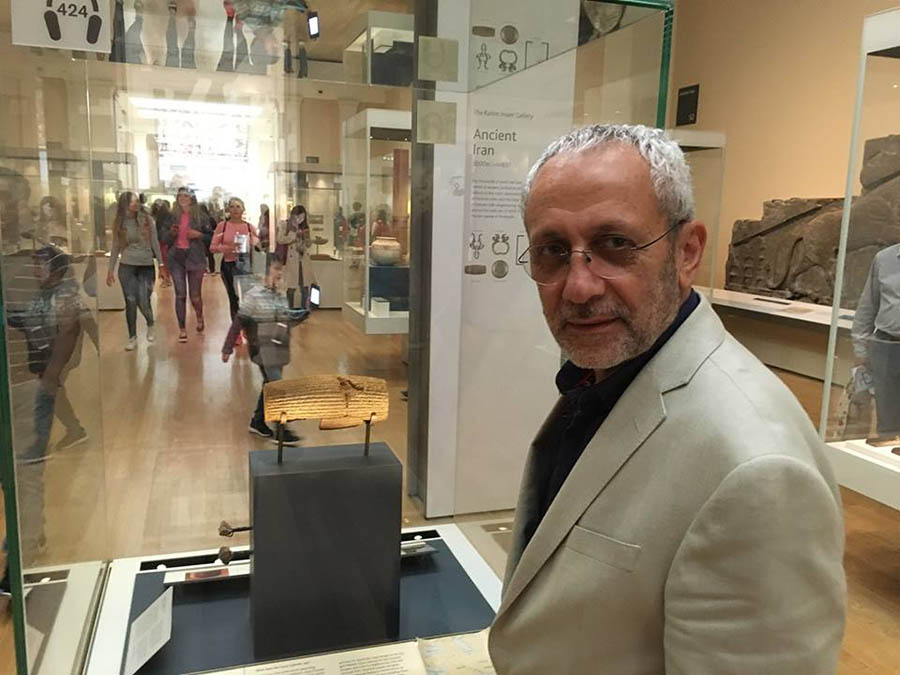 The Many Faces of the MEK, Explained By Its Former Top Spy Massoud Khodabandeh:. to listen to the full conversation click here