Pence’s Despicable Shilling for the MEK

The willingness of so many prominent politicians and ex-officials to embrace such a group reflects how warped and toxic the debate over Iran policy is in this country.

Mike Pence joins the long and growing list of current and former elected officials and retired officers to discredit themselves by shilling for the Mujahedin-e Khalq (MEK), the deranged cult and “former” terrorist organization that seeks regime change in Iran and pretends it is a legitimate opposition group:
Pence described the MEK as “a well-organized, fully prepared, perfectly qualified and popularly supported alternative” to the current government in Iran. Rajavi, he said, is “an inspiration to the world.” 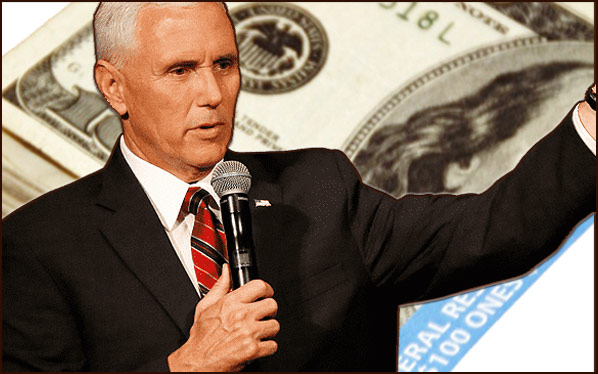 It isn’t surprising that some former Trump administration officials have become pro-MEK shills since they left government. Even if they weren’t lacking in integrity and apparently willing to take money from anyone, they share the MEK’s hostility to Iran and they are presumably only too happy to cheer on a group that almost all Iranians everywhere despise. Fortunately, there are no longer MEK boosters in charge of U.S. policy right now, but the MEK’s extensive network of bought-and-paid-for cheerleaders in both parties means that their baleful influence will continue to be felt in our Iran policy debates for years to come. MEK shills have already demonstrated that they have no shame if they’re willing to endorse a group like this in public, but it is important to keep explaining why their support for this group is so damning. This is a group that has American blood on its hands, and it routinely abuses its own members. It is an oppressive and fanatical organization, and it would be a nightmare if it ever managed to gain power over a larger population. There is a reason it has sometimes been likened to the Khmer Rouge.

by Daniel Larison, The Antiwar

My brother shot dead at the MEK leaders’ command