Under the impression that she was joining a movement to free the Iranian people, Zahra Mirbagheri found herself in the deserts of Iraq, running carrying heavy pack bags full of rocks. “Viva Rajavi”, she heard herself chanting in the headquarters of the Mujahedin Khalq Organization.
Motivated by the inspirations made by her older brother and sister, Zahra left her parents behind in Tehran and joined the MEK in Camp Ashraf, Iraq, where she actually became the victim of the destructive Cult of Rajavi.

Forced labor was one of the practices of the cult.

The American National Defense Research Institute, RAND reported on the MEK in 2009: “Rajavi instituted what he termed an ‘ideological revolution’ in 1985, which, over time, imbued the MeK with many of the typical characteristics of a cult, such as authoritarian control, confiscation of assets, sexual control (including mandatory divorce and celibacy), emotional isolation, forced labor, sleep deprivation, physical abuse, and limited exit options.”

On the occasion of the International Workers’ Day, it is worth to investigate the MEK’s approach to the working class. The rank and file of the group is actually the working class of a few thousand-populated community that Maryam Rajavi and her disappeared husband rule in Camp Ashraf 3 in Albania and previously ruled in Camp Ashraf and Camp Liberty in Iraq. 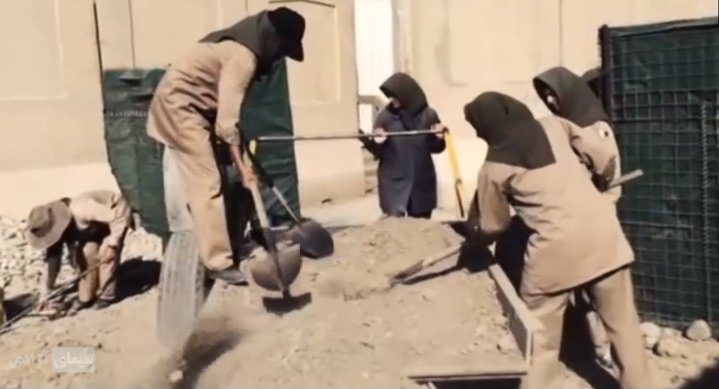 While the MEK’s propaganda website states, “Iran’s workers are living in utter potter and struggling to afford even the most basic daily needs for themselves and their families”, members of the MEK do not enjoy the least opportunities Iranian workers enjoy. The rank and file of the MEK have been never paid for the long years they served the group. They own no personal property, not even a cellphone which every Iranian worker at least has one.

May Day commemorates the historic struggles and gains made by workers and the labor movement. It is observed and celebrated in many countries including Iran where workers still struggle for their rights but being supported by Massoud Rajavi seems ridiculous. The disappeared leader of the MEK stated in his recent message, “Help the farmers who have suffered from deprivation and exploitation for years.”!

Before her escape from the MEK, Zahra was serving in Maryam Rajavi’s military unit. “I felt the violence in my bones and flesh,” she says. “We had to attend heavy military maneuvers. We had to drive nonhydraulic military vehicles, carry heavy bags of rocks on our shoulders, running 700 meters…Most women were injured in back, neck and backbone. I am one of the victims of such practices.” Zahra cannot move her neck easily, without pain.
Forced labor continued after the MEK was disarmed by the US army in 2003. At the time, the American journalist, Elizabeth Rubin of the New York Times magazine visited Camp Ashraf and described the camp as “a fictional world of female worker bees”.

Today, after two decades, the metaphor still works for the MEK’s rank and file. Just a few days ago, the group’s propaganda published the news of building a huge mosque in Camp Ashraf 3. Boasting of the hard work by its hostages, the website said, “In less than a year, fighters’ glorious, miniature-like, labyrinth-like and parallel group work founded a city.”

Yes, they are right. The MEK’s newly established city in north of Tirana (Camp Ashraf 3), with its many buildings was built in less than a year by the hands of two thousand male and female members who have nothing to do except obeying the orders of their commanders. They are not paid for such long hours of hard work and they are not retired even if they are old, sick or paralyzed. They have no days off even if it is the International Worker’s Day.