A long time before announcing the unilateral termination of relations between Albania and Iran, the Islamic Republic of Iran had declared its protest against Tirana because of its support for the Mojahedin-e Khalq terrorist group (MeK). Basically, these protests were not because of giving shelter to this notorious terrorist group in a European country in the Balkans as from the very beginning, the Albanians had apparently pledged that this group would not conduct any anti-Iran activities on their soil. However, Iran’s protests against Albania became stronger when Tirana manifested more direct support for MeK and employed security measures against Iran. This ever-increasing support gained momentum and took on a completely hostile approach, which in no way, represented Albania’s initial claim that there were humanitarian motives in sheltering the MeK on their soil. 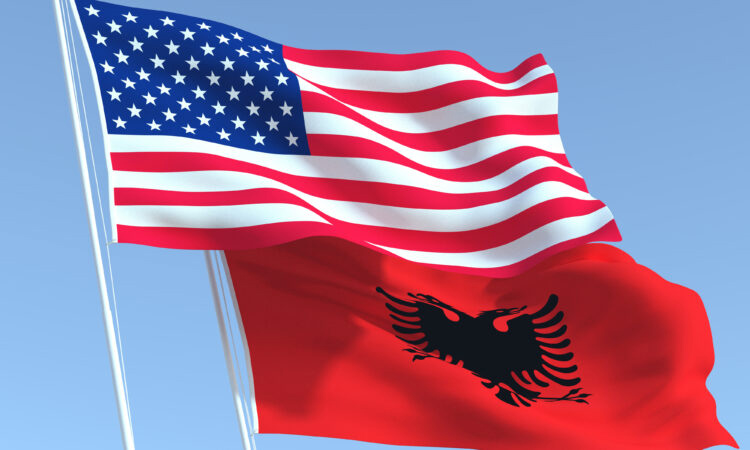 After Albania joined NATO in 2009, American influence was cemented there

With the ongoing support of Albanian authorities for a hated anti-patriotic terrorist group, and the constant visits of the current and former officials of Tirana to the camp of this group as well as the presence of American political figures there and meeting with the leader of this terrorist group all caused Iran to assume a more proactive stance in such a way that in recent months, we have witnessed a few Iranian officials’ threats against Albania. In July, this small country in the Balkans was subjected to an unprecedented cyber-attack, which targeted its infrastructure and seriously disrupted the work routine of various government departments for a while. This disruption indicated how vulnerable this country is in the face of such actions that generally occur in different parts of the world. Tirana accused Iran of this attack without providing documentation, although at the same time, Russia was also accused in some Albanian media. But in the end, Iran was considered the prime suspect in the incident. Of course, the authorities of our country have called these accusations baseless.

Acting unconventionally, Tirana unilaterally severed diplomatic ties with Iran a few weeks later. This action was strongly supported by senior American and Israeli officials indicating that the cyber-attack on Albania is probably part of a scenario designed beyond Albanian borders to put pressure on and enforce sanctions against Iran.

During the ongoing riots in the country and simultaneously with the MeK’s incitement of people from Albania to pick up arms, the stances of the Albanian authorities against Iran became more intense to the point where the Albanian Prime Minister Edi Rama spoke of resumption of diplomatic ties with Iran in a post-Islamic Republic government.

In the accelerated process of the Albanian government’s stances and actions against Iran, its joint request with the United States to hold an informal UN Security Council meeting to “focus on Iran protests” would be considered as official entry of this country into the situation which the Iranian Supreme Leader Ayatollah Khamenei has described as “Hybrid War”.

The fact that the informal meeting of the Security Council was held at the joint request of Albania and the United States shows that despite being a non-permanent member of the Security Council, Tirana has not been able to hold this anti-Iran event on its own, and in this case has been manipulated by the U.S government. It does not matter for the U.S. government what threats can adopting hostile approaches toward Tehran bring to Albania, the threats that Tirana could avoid by controlling and limiting the MeK. It seems that Albania is now playing a role in a game that the U.S. government and the MeK have planned since four decades, without knowing the real volume of dangers and threats that may be facing.

Members of the MEK in Albania
FacebookTwitterPinterestEmail
previous post

Albania Caught in the crossfire of cyber conflict