Then, as speculated before, MKO is nothing more than a waning political cult whose last days of any weight is to be exploited as a political instrument and bargaining chip in political conflicts. Those Western countries that suggest MKO as an alternative definitely pursue accomplishment of their own ambitions vis-à-vis Iran than thinking of any democratic solution in favor of Iranian people. There are broadly stated comments that corroborate what the West precisely follows by decisions to de-proscribe the terrorist MKO.

As stated by Birmingham peer and former MP for Erdington Lord Corbett, released in an article entitled High court offers new hope for Iran, ‘A decision to remove an Iranian opposition group from the UK terror list offers a new solution to the Iran crisis’. ‘As the recent incentives package has followed in the path of its predecessors in failing to bring about any change in Tehran’s behaviour, a new path must be opened alongside any further dialogue to end this crisis. It is here that the PMOI and the Iranian resistance movement, whether in Iran or abroad, offers the international community an Iranian solution to the Iranian crisis.’

Long expelled from Iran, MKO have no iota of publicity in Iran let alone being recognized a legitimate alternative. Any made claim in this respect is a fabrication of MKO propaganda machine in accomplice with a number of its advocates. Under the impact of these misinformation, others are fooled to believe that the group is the only domestically recognized opposition when we hear them stating ‘The people of Iran, assisted by the PMOI, can bring about the peaceful democratic change that Iranians desire. Lifting the ban on the PMOI and recognising it as the legitimate opposition would be a positive solution from the West’s extremely limited options’. Sattar Orangi-Mojahedin.ws – May 17, 2008 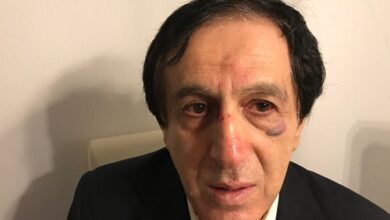