Mrs. Sho’le Shadram, former member of MKO, who is now residing is Sweden, had an interview with Nejat Society during her trip to Iran. The following is an extract of her speech at Tehran branch of Nejat Society: 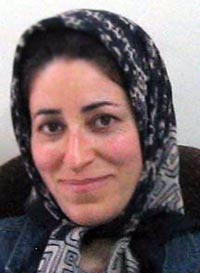 I am Sho’le Shadram. I was born in 1966 in Lahijan, Gilan. In 1985, when I wanted to join MKO I went to Turkey from where I was sent to Iraq. When I fled Iran, I was in age of 17 and I was a MKO supporter. After I arrived in Iraq, Camp Ashraf, gradually I began to doubt what the organization was saying. I couldn’t trust them. When I was in Iran I was very sympathic and serious supporter of MKO but when I got in to a close relationship with them, I felt that they have another face which never looks like what they say.

The peak of the internal contradiction was that my first marriage was organizational [dictated by the organization] and my first husband was killed in the group’s attack to Iran [Eternal Light Operation]. My second marriage was also organizational which ended to the mandatory divorce dictated after the ideological revolution!

How do the cult leaders allow themselves to enter the individuals’ private personal space and manipulate them by psychological methods? I didn’t agree the divorce and marriage of Maryam Rajavi (the basic contradiction that everyone has question on but no one dares to express)

They wanted to convince me and the others to accept it.Under their hysteric peer pressure we had no way except accepting the controversial divorce and marriage of Maryam Azdanlou[Rajavi].

Basically I didn’t believe in going to Iraq and cooperating with Saddam Hussein, considering it treason against Iran and Iranians (this was the second basic contradiction, contrary to the principals) but the ruling atmosphere was so controlling that I didn’t have the courage to express my idea. No one had the courage to even think about defection because they had made it a taboo: the highest treason. I never accepted a responsibility so I was all the time reproached. I was ready to suffer the worst condition to find a possibility to leave the camp and never get back.

In 1990, when I was in Camp Ashraf I stated my defection from MKO, so I was immediately taken to the group’s prison in Debes in Northern Iraq. 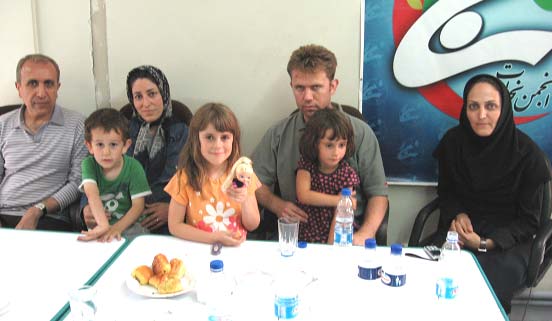 After a year, they sent me to the refugee camp in Romadi where the condition was very bad but of-course better than that of MKO. Once I escaped from the camp to go to Jordan but the Jordanian police arrested me and handed me to Iraq. The news of my escape was published, so the organization became obliged to send me to another country. First they transferred me to Baghdad and then in 1991 Turkey where I went to the UN’s High Commission of Refugees. After two and a half years of living in refugee camp in Turkey, I was granted refugee status by Sweden where I got married and became the mother of three children.

As soon as I got to Sweden, the MKO agents came to me continuously asking me to do fundraising activities in the streets. I resisted firmly and didn’t obey them. Finally, they stopped bothering me.

For along time, after my residence in Sweden, I had terrible nightmares. I had the feeling that I was still captured in the organization. I wondered how I was deceived by the cult and how I could waist my life in a cult. At nights I had nightmares of Ashraf Camp, I shouted in sleep. A few years passed and I could find a normal status.

In Sweden there was a group that helped the people who had gone to the war and had mental problems. They also helped the defectors of MKO psychologically to return them to the society. They had experts who aided the survivors of the cult. In Sweden, I had financial problem, I was homesick and I had problem with the language but I was never willing to have the least contact with MKO.

After some time, I contacted my family who were unaware of my condition for years. I wanted to go to Iran to visit them. I got married. I got three kids and I came to Iran to make my disagreement with MKO concrete. For the time being, I have no concern except my concern for those who are still captive of Camp Ashraf and I know them.

I appreciate the efforts of Nejat Society that tries to link the captured ones of the cult of Rajavi with their families in Iran. I hope that the entire captives of Camp Ashraf and Auver Sur d’Oise can soon get back to their families and society.

Behind the smiles of the captives in Ashraf