In MKO, the terms Rajavi and ideology are not distinguishable and are actually identical. Despite all disputes on the factor of ideology and its function in 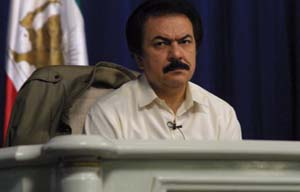 social issues, the main blunder of Rajavi is that he hews not to the organizational principles and ideology of MKO; rather he has made an attempt to replace the ideology with himself representing the ideology and the one in the focus of attention. Rajavi has manipulated MKO ideology for justifying his wrongdoings and cultic behaviors imposed on the members under his command a number of which can be enumerated as self-immolation, conducting terrorist attacks, Machiavellian relations, procuring a god-like status, undermining religious norms and values, spying for alien powers, threatening the dissidents and plotting their physical annihilation, assuming an authoritarian leadership and many more.

In fact, ideology has turned out to be an instrument at the hands of Rajavi in order to seize political power, oppose dissidents in an act of retaliation, and justify his strategic failures. Rajavi has misused ideology for the accomplishment of his egocentric ambitions. In other words, Rajavi has formed a personal ideology of his own and has imposed it on the organization and its members.

This complex process is fabricated in a way that gives many of his followers the illusion that he is the human’s savior. However, this process is borrowed from other cultic groups and organizations. According to Madeleine Tobias:

Cultic groups usually originate with a living leader who is believed to be "god" or godlike by a cadre of dedicated believers. Along with a dramatic and convincing talent for self-expression, these leaders have an intuitive ability to sense their followers’ needs and draw them closer with promises of fulfillment. Gradually, the leader inculcates the group with his own private ideology (or craziness!), then creates conditions so that his victims cannot or dare not test his claims. How can you prove someone is not the Messiah? 1

Rajavi misuses the ignorance of his followers in his favor for satisfying his abnormal, psychopath, and revengeful personality and raising his status to a godlike position. He even sanctifies aggression and terror by means of ideology and regards them as the achievements of the ideological revolution and as Eric Hoffer puts into words goes beyond all limits: “The holy terror only knows no limit and never flags”. 2

The political and theoretical splits formed within the followers of Marxism and other like doctrines may be justified based on their diverse interpretations of the fundamentals of their ideology. In fact, Marxism, Stalinism and Maoism are more the result of the egocentric and totalitarian ideas of humans rather than resourceful ideas and doctrines. However, in MKO ideology has turned into an instrument that is pretended to be valued and adhered upon but in fact is manipulated and fabricated to the point that even is used to legitimize the status and leadership of Rajavi:

In MKO, it’s the ideas of Masoud that solve the problems and determine the ideological limits. Yet it is of no surprise. Every ideology has its own interpreter and expositor. Like all Marxists, Leninists, and Maoists whose ideology is represented by the name of one person. The difference between Mojahedin and others regarding their strategy, tactics and activities has its roots in Mojahedin’s particular ideology. 3

Although Rajavi theorized even the most murderous and aggressive behaviors and terrorist attacks of MKO by means of ideology and considered the sole solution for his ideological dispute with capitalism the so-called liberal war, today he has a rightabout-face, pretending to support peaceful activities, democratic Islam, and finding solution for global disputes due to the concerns caused by the very ideology of MKO. The issue of misusing the ideology by Rajavi is a wide one far beyond the factors mentioned here and calls for taking a close look at the activities of MKO leadership in recent three decades.