A few days ago I saw an interview which was made by VOA (VOICE OF AMERICA) a few months ago with MR. ALIREZA JAFARZADEH who is a high ranking officer of the PMOI (Peoples Mojahedin Organization of IRAN) which is listed as a terrorist organization in the USA/CANADA/and EU countries. 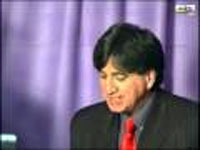