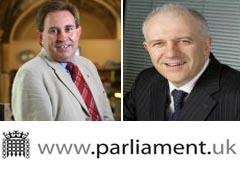 ‘ font-size: 10pt”>To ask the Secretary of State for Foreign and Commonwealth Affairs what reports he has received of alleged attacks on residents in Ashraf City by members of the Iraqi secret service; and if he will make a statement.

‘ font-size: 10pt”>We are aware that such allegations have surfaced in the Iraqi media. We have discussed these allegations with the US, who retain a presence inside Camp Ashraf, and with the Iraqi government. We have seen no evidence to support the allegations.

‘ font-size: 10pt”>To ask Her Majesty’s Government what steps they have taken to ensure that Camp Ashraf residents who are members of the People’s Mujaheddin Organisation of Iran are not expelled to Iran by the Iraqi authorities; and what alternatives to that they have proposed through the United Nations.

‘ font-size: 10pt”>Responsibility for the security and administration of Camp Ashraf was transferred on 1 January 2009 from the US to the Iraqi authorities. Prior to this handover the US received assurances from the Iraqi authorities towards their clear commitment to the humane treatment and continued well-being of the camp residents. The US retains a presence at the camp in an advisory/monitoring capacity.

‘ font-size: 10pt”>The Iraqi Ministry of Human Rights visits the camp and has delivered assurances to a representative body of the residents. The International Committee of the Red Cross follows developments at the camp closely and continues to visit. It also discusses on a confidential basis all of the issues surrounding the camp with the People’s Mujahedin of Iran (MEK) and the Iraqi and US authorities.

‘ font-size: 10pt”>The UN High Commission for Refugees has previously determined that Camp Ashraf residents do not qualify as refugees. While there is no evidence to suggest that the Government of Iraq intend forcibly to relocate the residents, our Embassy in Baghdad has requested a call on the Ministry of Human Rights to make known the level of interest in this issue in the UK and to remind the Iraqi Government of their earlier assurances. Our Embassy in Baghdad is also pursuing the possibility of a visit to the camp by a consular official.

‘ font-size: 10pt”>To ask Her Majesty’s Government what representations they have made to the Government of Iraq to safeguard the human rights and safety of Iranian residents in Ashraf City; and with what results.

‘ font-size: 10pt”>The US held responsibility for the security and administration of Camp Ashraf until 1 January 2009. Responsibility was then transferred from the US to Iraqi authorities. The modalities of the transfer had been discussed by both sides with UN High Commissioner for Refugees and the UN Assistance Mission for Iraq. Prior to the transfer, the US received assurances from the Iraqi authorities towards their clear commitment to the humane treatment and continued wellbeing of the camp residents. The US retains a presence at the camp in an advisory/monitoring capacity.

‘ font-size: 10pt”>The Government of Iraq have stated that no Camp Ashraf residents will be forcibly transferred to a country where they have reason to fear persecution. The Iraqi Ministry of Human Rights visits the camp and has delivered assurances to a representative body of the residents. The International Committee of the Red Cross follows developments at the camp closely and continues to visit. It also discusses on a confidential basis all of the issues surrounding the camp with the People’s Mujahedin of Iran (MeK) and the Iraqi and US authorities.

‘ font-size: 10pt”>While no specific representations to the Government of Iraq have been made, our embassy in Baghdad has requested a call on the Iraqi Ministry of Human Rights to make known the level of interest in this issue in the UK and to remind the Iraqi Government of its earlier assurances. In addition to this, as stated by my honourable friend, Bill Rammell, Minister of State for the Middle East, during an adjournment debate in Westminster Hall on 25 March 2009 (Hansard, col. 90WH) "the British embassy in Baghdad is pursuing the possibility of a visit by a consular official to Camp Ashraf" to ascertain whether any of its residents might be entitled to consular assistance.

Library of the House of Commons

In brief: Camp Ashraf and the Geneva Conventions

‘ font-size: 10pt”>Ashraf is a settlement in Iraq’s Diyala province, near the border with Iran, which houses the headquarters of the People’s Mujahedin of Iran (PMOI), also known as Mujahideen-e-Khalq (MEK) or Mujahideen-e-Khalq Organisation (MKO). The PMOI is the main body in the coalition of Iranian opposition groups known as the National Council of Resistance of Iran (NCRI), and is regarded as a terrorist organisation by a number of states but has now been removed from the UK and EU lists of terrorist organisations. It sided with Saddam Hussein during the Iran-Iraq War, but following the US-led invasion of Iraq in 2003 the PMOI surrendered to US forces and 3,800 PMOI members were disarmed and cantoned in Camp Ashraf. Some 370 have since been voluntarily repatriated to Iran , and in 2004 restrictions and controls were removed. The Iraqi government has stated its intention to close the camp and expel all PMOI personnel from Iraqi territory.

‘ font-size: 10pt”>Who is responsible for the inhabitants of Ashraf?

‘ font-size: 10pt”>The main responsibility to protect civilians lies with the states that have effective control over them. From 2003 until 31 December 2008 US forces protected Camp Ashraf. Then on 1 January 2009, control passed to the Iraqi Government, under the new US-Iraq Status of Forces Agreement. Both the US and Iraqi governments have given assurances that, within the framework of Iraqi national legislation, Ashraf residents will be treated in accordance with international humanitarian law and with the principle of non-refoulement in particular. The UK considers the issue primarily a US rather than a UK responsibility.

‘ font-size: 10pt”>Lliving conditions at Ashraf are not generally a cause for concern, although an explosion damaged Ashraf’s water-supply station in February 2008. The main concern is that its inhabitants would be at risk of torture or other serious human rights violations if they were to be returned involuntarily to Iran. Iraq has reportedly given Ashraf’s inhabitants two options: return to Iran or find a third country for exile. Iraqi officials have however stated that PMOI members would not be forcibly repatriated to Iran and have called upon the international community to offer asylum to Ashraf’s occupants.

‘ font-size: 10pt”>People who have left Camp Ashraf voluntarily have reported ‘brain-washing’, forced indoctrination and rough treatment by the PMOI of those who wanted to leave the camp.

‘ font-size: 10pt”>This information is provided to Members of Parliament in support of their parliamentary duties and is not intended to address the specific circumstances of any particular individual. It should not be relied upon as being up to date; the law or policies may have changed since it was last updated; and it should not be relied upon as legal or professional advice or as a substitute for it. A suitably qualified professional should be consulted if specific advice or information is required. This information is provided subject to our general terms and conditions which are available online or may be provided on request in hard copy. Authors are available to discuss the content of this briefing with Members and their staff, but not with the general public.

‘ font-size: 10pt”>In July 2004, the PMOI forces in Ashraf were declared by the US to be ‘protected persons’ under the Fourth Geneva Convention of 1949, because they had not been belligerents during the Iraq War. The Fourth Geneva Convention protects civilians who, as the result of an international armed conflict or of occupation, find themselves in the hands of a country of which they are not nationals. It states that in no circumstances shall a protected person be transferred to a country where he or she may have reason to fear persecution for his or her political opinions or religious beliefs.

‘ font-size: 10pt”>In the case of occupied territory, the Convention continues to apply for a year after the general close of military operations, and partially thereafter if the occupying power continues to exercise the functions of government. The occupation of Iraq formally ended on 30 June 2004.

‘ font-size: 10pt”>Under the international law principle of non-refoulement, no-one should be deported, expelled or repatriated if there is a real risk that they may be subjected to any kind of ill-treatment, or that they may face persecution on account of their race, religion, nationality, membership of a particular social group or political opinion. The US has ratified international conventions embodying this principle (the 1951 Refugee Convention and the 1984 UN Convention Against Torture), but Iraq has not. However, non-refoulement is widely recognised as a principle of customary international law that binds all states.

‘ font-size: 10pt”>Amnesty International, Iraq: No Iranians in need of protection should be sent to Iran against their will, 28 August 2008