No member of Leadership council dares to tell his personal problems

The affairs of the Leadership Council including marrying Masud are never revealed to lower ranks, due to the fact that Maryam and Masud believe :”the lower ranks will not understand it because the pupils of their eyes are sexual.”

“Pupils of the eyes are sexual” is a jargon expression in the organization which is used for those who allegedly judge the affairs sexually. In their opinion the case of such marriages is something that the others are not able to realize. 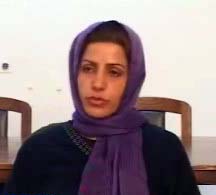 I don’t think that anyone in lower ranks know about the marriage agreement announced for women of the Leadership Council and Masud Rajavi. As a high ranking member who was responsible for meetings of lower ranks,

I don’t remember (at least as far as I was involved) the case of marriages was presented. Maryam and Masud insist that there is no need to present such a case in lower ranking meetings and also they do not have the capacity to realize it. They said:” we set such an arrangement to solve a historical problem. For me and other members of the Leadership Council, everything presented by Rajavi was acceptable. We had to discuss the most detailed problems of our minor members for Rajavi, For example we talked about their health problems or other problems, based on the content of reports of weekly cleansing meetings (cult jargon) for male members. The reports included their sexual problems or many other problems that no one dare to propose.

Of course, the men’s problems were never presented in front of us (as female members). Their contradictions were not told directly to us. At first, they were presented in men’s meetings, under particular regulations because these contradictions shouldn’t be presented in public meetings unless it was a public case. If the contradiction was sexual, it should be written to the male superior. The latter would add the names. The name had to be written on a separate paper and attached to the report [The name of the female member whom he had emotional or sexual feelings for]. If a man wrote the name of a woman in his report, he would be punished.

Sometimes the problem had happen between two male members. Then the superiors organized both to change their positions. After the changes were done, the two men became subjects of a series of meetings. They had to deal with a project with its specific outcomes.

There is no female member under the supervision of a male member. All women of course were only under the supervision of a single man, Massoud Rajavi. Before the evolutions in the leadership Council, the meetings were held with the presence of both men and women, but later Rajavi said that he didn’t want any female member to be under the responsibility of a male member. He believed that men’s hegemony upon women would definitely end in sexual problems. The relations were managed in a way that all reports were presented and discussed with Rajavi in daily meetings. For example the members reported that such and such person had emotional and sexual thoughts about such and such person.

Before marrying Massoud, none of the female members had the nerve to present such cases in the meetings with Massoud or Maryam. Therefore marrying Massoud was proposed. They told us:”You are all Massoud’s wives, so you could easily speak of everything to get the solution.” If someone didn’t accept the marriage, she would automatically drop from that level.

MKO’s Outlook on Democracy and Government

Agents of crimes in Ashraf held solidarity in Paris