Secretary General of Habilian Association wrote an open letter to the leader of the Anglican Church in a response to his recent support of the Mujahedin-e Khalq Organization (MKO, aka PMOI). 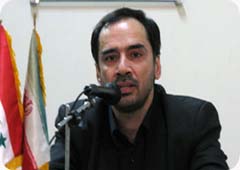 "Your support of a terrorist cult highly involved in genocide in Iraq and killing more than 12000 innocent Iranian people surely means supporting their crimes," Mohammad Javad Hashemi Nejad said in his letter to Rowan Williams.

On September 20, the Archbishop of Canterbury issued a statement highlighting his concerns for the residents of Camp Ashraf in Iraq.

Below is the full version of the letter according to Habilian Association (families of over 16000 Iranian terror victims) website.

To the noble people of the world, it was both sorry and astonishing to hear about your recent meeting the People’s Mujahedin of Iran (PMOI) terrorist cult and supporting the criminal members detained at Iraq’s Camp Ashraf.

Your support of a terrorist cult highly involved in genocide in Iraq and killing more than 12000 innocent Iranian people surely means supporting their crimes.

Perhaps you don’t know that, in a certain period, the PMOI used to kill Iranian civilians just because of their possible religious beliefs! Perhaps you need to know about their crimes against Iranian nation during and after the Iran-Iraq war by assisting Saddam Hussein as well as launching mortars on Iranian cities and spying for Iraq and some western countries.

PMOI’s crimes include also forcing all member couples to divorce, demanding them not to get married for ever. Following this, there was an obvious moral corruption by the cult’s heads letting the Iraqi Baathist officers to pick from among female members as the PMOI’s gifts. You can be shocked to hear that, according to many human rights observers and separated members, the cult’s leader set up his own harem by abusing female members.

Apart from the US State Department including it in terrorist organizations list, the PMOI is recognized as a dangerous and anti-human cult, what is frequently referred to in the western media and can be traced easily.

We do believe that it is below your dignity to recognize such a terrorist cult by supporting it.

Representing 16000 Iranian terror victims, Habilian Association will be happy to provide your eminence with numerous documents on PMOI’s crimes.
May peace be upon those who follow the right guidance.