Today, in the world of democratic changes and negotiation, all nations including the US avoid launching another war. Peace Noble Prize winner president of the US, Barak Obama, will never endanger his fame by launching a new war champagne. He had always claimed to be engaged in diplomatic talks to solve worldwide problems. 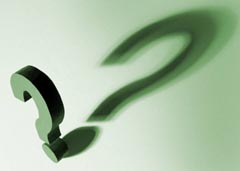 The authorities of Iranian government have also declared their willingness for peaceful negotiations with the West. But the MKO as well as the neo-cons of US government do not see their interests or in better words benefits in a peaceful normalized relation between Iran and US.

The more the US-Iran relation goes on diplomatic direction, the harder the MKO have to try to gain the support of American neo-conservatives to reiterate their hawkish call for a war against Iran and finally regime change in Tehran.

Among those deceived American politic men, you can see a former representative of congress Tom Tancredo (R-Co) who advocates the use of MKO as a proxy army to overthrow the regime of Iran. He is often well paid by MKO’s front organizations to speak at the group’s rallies. But unfortunately or fortunately he reveals his main concern by supporting MKO. In his speech on August 8 at MKO’s rally in Denver Colorado he stated that terrorists of MKO “are allies” and then he clarified the reason of what he believes:” I believe that our interests, the interests of the United States of America; by the way, I think Western civilization, to tell you the truth; are advanced, by using the advantage, by using the things that are available to us in the fight against radical Islam.”

It is clear that he just sees MKO as an available tool to fight Islamic Republic and replace his so-called civilized, advanced culture!

American sponsors of MKO are well aware that Mujahedin is very far from popular in Iran. It is obvious that the claims of such an unpopular group for human rights, freedom and democracy mean exactly the opposite. The widely published RAND report on MKO reads that “the exact figure is not known, it is estimated that approximately 70 percent of [MKO] members now in Iraq joined the group after its relocation there and subsequent decline in popularity. Many of them were victims of these fraudulent recruiting practices,”

so what makes the US politicians like Tom Tancredo, Bob Filner and Raymond Tanter support such a hated destructive cult which is designated as a terrorist group by US Department of State. What makes these terrorists so friendly to create sweet memories for Tom Tancredo that he recalls the story of his trip to Paris and his visit with Maryam Rajavi on two occasions while his speeches in MEK rallies?

Of course the expenses of such a nice travel to Europe were covered by MKO’s front organizations in the US. That’s why the well funded American supporters of MKO do not care how notorious it is. The success of their warmonger campaign and the funds they can gain include what they care for.