Mr. Mahmoud Dashtestani succeeded to release himself from the bars of Rajavis’ Cult and returned to his homeland and joined his family.

Mr. Dashtestani became prisoner of war in 1980 during Iran- Iraq War. In 1989 Mujahedin deceived Mr. Dasahtestani into recruiting him and sent him to Camp Ashraf, Iraq. He had been a member of the so called National Liberation Army for about 20 years. 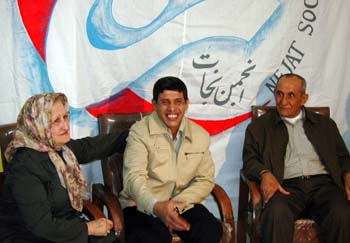 Mr. Dashtestani’s parents are active members of Nejat Society and in cooperation with other members of Nejat dedicated their entire efforts and energy for the release of their beloved son from this hellish organization.

Nejat Society welcomes Mr. Dashtestani and wishes him success in all aspects of his new life and free of MKO cult isolation.