The newly defected member, who had been forced to stay in Camp Ashraf under severe manipulative control system, seemed to be depressed and disappointed. He revealed some horrifying facts on cult-like relationships ruling Ashraf, which made the members of Nejat Society cry for their beloved ones still captured by Rajavi’s cult. 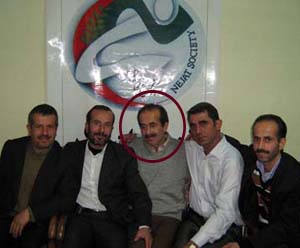