“Trying the leaders and saving the victims”

At the present time hundreds of family members are stationed opposite the main gate of the cultic Ashraf garrison (base of terrorist MKO) in Iraq and their number is increasing. Their demand is to be able to visit their loved ones outside the garrison. This demand has been supported by the Iraqi government and the judiciary system of the country as well as the political parties and groups. The families have announced that they will not be moved until they reach their goal. Now the force of mothers’ love is facing the black magic of the cult. 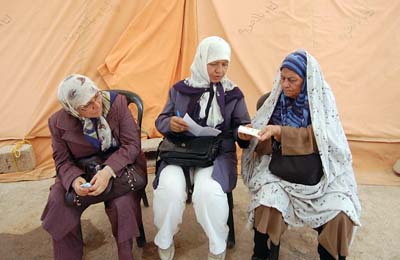 The temperature is very high and beyond tolerance. The people of Iraq have electricity for only two hours during day and night. The 70 degree centigrade heat and living is tents in the desert without any kind of facilities just show how firm the families are. The visitors while sympathizing with the families express their hatred towards the leaders of the MKO cult and curse Massoud Rajavi and his wife Maryam. The locale people do not hesitate helping the families although they are in hardship themselves. 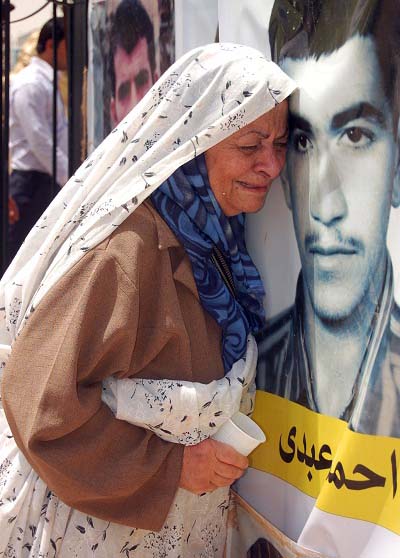 The slogan written by the MKO elements on the entrance of Ashraf garrison was wiped off today. Some legal steps forward has been taken to push back the advocates of Rajavi cult in Iraq which we would inform you later of the outcomes. At the present circumstances it is most necessary that the human rights activists in Europe and America strive for the cause of the families. Their voice must be heard everywhere.

Families who have gathers from around the world are determined that they must not return empty handed and they must get some news from their relatives. They are seeking help from all who could let the world know what is happening there and reveal the wicked face of Rajavis. The international pressure on the leaders of the MKO terrorist cult is increasing and this must be the case until they surrender to the just demand of the families.

The supreme criminal court of Iraq has issued the arrest warrant for 38 leaders of the cult including Massoud and Maryam Rajavi, and the Iraqi government has asked for their extradition. Some western cliques have approved the demand of “trying the leaders and saving the victims” and the international voice in this regard has been heard. Soon the demand of the families would be fulfilled and the victims would be saved.

European Countries and fear of the threat of the MKO

Open letter of SFF to US Secretary of State