Another resident of Camp Ashraf defected from the cult of Rajavi. 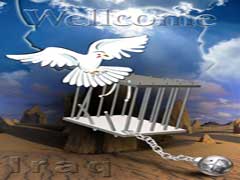 Mr. Marzdashti was recruited by MKO agents in 2002 in Turkey where he was hopeful to find a job. He was taken to Iraq by MKO recruiters who had duped him using their deceitful recruitment tactics.

The recently defected Ashraf member reveals that leaving the camp is a really difficult challenge for the residents. They are seriously supervised by MKO leaders who try to terrify them from the consequences of submitting to Iraqi forces.

Mr. Marzdashti said that he left the group in fear of being arrested and imprisoned by Iraqi forces.