Diyala – A number of members of the House of Representatives and local government officals of Diyala province along with Senate members, academic figures, the media and managers of departments in the district of Khalis, established the Clans and Families of Diyala Exhibition – named Black Plague. This is a photographic exhibition exposing the crimes and practices of the Mojahedin Organization in the province of Diyala in Iraq. 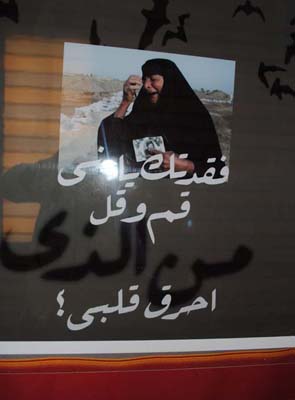 The exhibition, which comprises 100 large colour photographs (100 × 70) cm, is scheduled to continue for three days at the Hall of the Directorate of Youth and Sports in the city of Khalis, 15 kilometers north of the city of Baquba, the county seat. 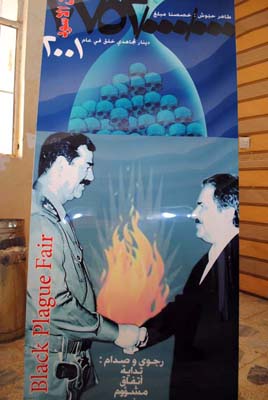 The Mayor of Khalis, Adi Alkhaddran told Iraq Beituna Agency that the exhibition is the first of its kind in the province, noting that it was preceded by several conferences and demonstrations demanding the expulsion of the Mojahedin from Diyala and out of the country in accordance with the principles of the Constitution, which prohibits the presence of, and harbouring of terrorist organizations on its territory, and using the country as a springboard for aggressive operations against neighbouring countries. The Mayor urged the government to specify its position on the issue of the Mojahedin organization and put pressure on international organizations to support Iraq and not to do deals with it [Mojahedin]. 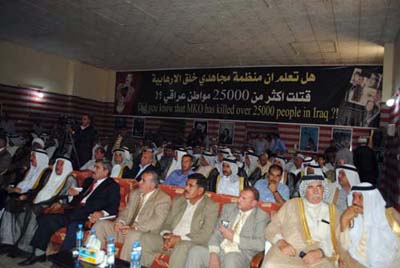 Alkhaddran said that the Mojahedin Organization had plundered the country and the province, taking over 6000 acres of land in Khalis district. He said they took 80% of the citizens’ plots of land, and pointed out the economic gains for the Judiciary by returning the investment in Camp Ashraf taken by the organization for more than three decades. 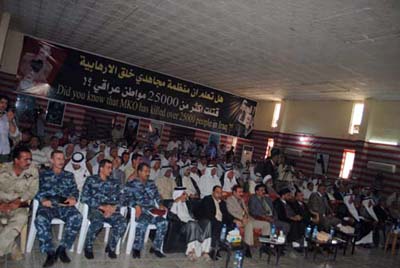 Noting the tension created in the relationship with Iran created by the former regime by harbouring the Mojahedin and the futility and foolishness of Saddam’s regime, the Mayor said that “some parties, under the flag of the Baath Party, are still in the political arena with external support and local cooperation with the Mojahedin Organization and trying to whitewash their crimes in front of public opinion and demanding humanitarian laws in dealing with members of this organization, which is stained with the blood of Iraqi people.” 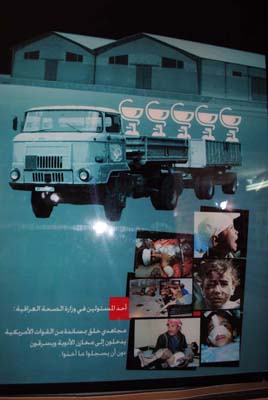 The former Congressman and a member of the National Coalition, Taha Shield Saadi said during his speech on the crimes of the Mojahedin and its role in the genocide of the Iraqi people in several areas , notably the south and areas of Tuz and Diyala, revealed the relation of Saddam’s regime with the Mojahedin Organisation over many decades, such as misusing the Oil for Food programme and using the Mojahedin to operate economic resources and commercial companies on behalf of Iraq abroad. 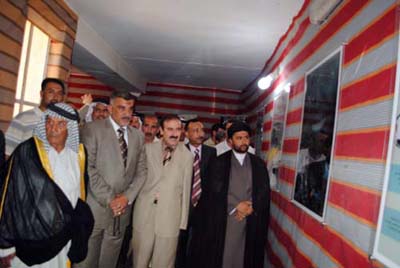 He added: The Mojahedin in their various websites, claim that there are many groups and organisations which support them, but these are fictitious and only exist on the group’s websites. They invite people to anti-Iraq and anti-establishment activities as well as joining in the cult activities. They also spread hatred between religions and ethnic groups in Iraq.

In turn, the Deputy Chairman of the Diyala Council, Sadeq Al-Husseini, denounced the double standards followed by the United Nations in dealing with the Mojahedin, demanding that Iraq be lenient toward members of the Organization. The United Nations for the first time has accepted the classification of the Mojahedin as terrorist but still asked Iraq to be lenient. He added that, the interference of Mojahedin in the internal affairs of Iraq is unacceptable and unjustifiable and that the group are dangerous and saturated with bloodshed and the culture of death.

Husseini said that the Council of Diyala and the parliament had passed a resolution to expel the MKO from the country, but this decision was not acted on properly by central government. He praised the position of the Council of Samawah province which refused to allow the Mojahedin to be relocated to their territory.

The Vice-Chairman of the Board of Diyala who emphasised again the demand of the people of Iraq to expel the Mojahedin, said this organisation is logistically and financially behind all the security problems in the province, and this has been endorsed by the security officials that this is the case. Therefore we do not want them to stay in our country for even a day.
Member of Parliament for the Iraqi List (Ahmad Sharif) said that after parliament passed a decree to remove the Mojahedin from Iraq. He stressed that the settlement of issues between the Mojahedin and the government of Iran is nothing to with Iraq.

Sharif also referred to some of the attacks on mosques during Friday prayers in Sadr City by direct order of Saddam’s regime and emphasised on the need to expel the MKO according to the constitution of Iraq and international laws of the United Nations.

Tribal and religious figures also rejected the presence of MKO in Diyala province. In this respect, Sheikh Hamid al-Azzawi ( religious scholar ) condemned the use of the name of Mojahedin for this organisation with its black history and the murderous acts they carried out before and after the fall of Saddam. He said the presence of the MKO shows the weakness of the Iraqi govt, which should be rectified as soon as possible.

The head of Ezzah tribe, Sheikh Ali al-burhan al- Azzawi explained the confiscation of tens of thousands of kilometres of agricultural land by the Mojahedin and their regular attacks during the time of Saddam, terrorising the villagers and arresting their children. And using repressive methods all under Saddam’s order with the threat that, confronting the Mojahedin means confronting Saddam. He demanded compensation for the tribal people.

Al-Azzawi said, after the fall of Saddam, Mojahedin started buying goods and vehicles stolen from the government and they encouraged weak people to commit burglary and steal things and had a direct role in the lootings and crimes at that time.

Sheikh Mohammed Jassem Al-Tamimi invited all the international and internal bodies and organisations responsible for deporting the MKO to use peaceful means and not to resort to force. He compared the MKO with the Black Death plague which has fallen on the land of Diyala province and especially Khalis. He said that they are still the main place of support for Saddamists and its repressive apparatus in the province.

Sheikh Resan Maamouri head of the Al-mamereh tribe in Diala warned against the presence of this Black Death (Rajavi cult) in Iraq and Diyala province and their role in the support and training and logistics of organised terrorism, and asked the government to put an end to the suffering of the people of the province and once and for all get rid of this dangerous disease (Rajavi cult).

The head of the media committee for Diayal provincial Council, Fakhri al-Obeidi, rejected the claim that 480,000 Diyali residents have asked for the Mojahedin to stay in the province. He said the number produced by the Mojahedin is irrational and added that the total number of residents in the five sections, including all tribes, including adults and children is one million four hundred and eighty thousand. This is considering that I have added the cities of Khaneqin and Balous which are from Mandaly and Gazzanieh, and also huge parts of Muqdadiya , Baquba and people of Khalis, who we know have never had signed such a thing…