After ten months of picketing in front of Ashraf garrison:

Is there anyone to help the families whose loved ones have been taken hostage (by Washington backed Mojahedin Khalq aka; MKO, MEK, NCRI, Rajavi cult) terrorists?

Families according to the pictures: 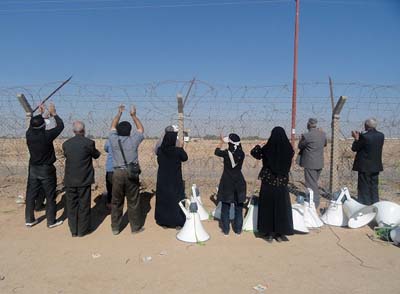 Never ending wait with the hope of visiting loved ones – the gates of Camp Ashraf base of the Rajavi cult in Iraq where over 3,000 people have been taken hostage by Massoud Rajavi the cult leader. He is openly threatening to massacre them (he calls it the Ashoura of the Mojahedin!!)
Ms. Soraya Abdollahi, the mother of one of the hostages who has been picketing in front of the gates of Ashraf Camp for the last 10 months, has announced that she will not leave until given access to her son. She is welcoming the arrival of new families. More elderly men and women and more children are arriving. Rajavi calls them the ‘special forces of the Iranian Revolutionary Guards’. As if they are coming with their machine guns and missile launchers ready to attack the camp! 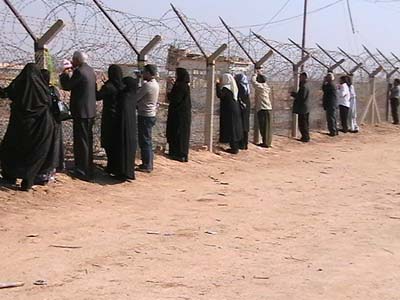 Will you never become tired? How long are you going to wait? Do you really believe that in this dirty international political world there is a place for such a thing as human rights? Don’t you think that as the political interests of some at this moment of time dictate, right now the interest of the invaders of the land of Iraq suggests that the west should support the terrorists in continuing their human rights abuse and using your children as gladiators and slaves in their terror campaign to serve their backers in the west? 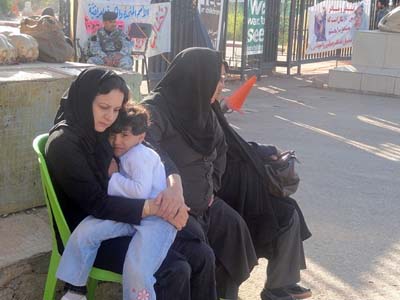 Our children are kept only a few hundred meters from us. Could they not allow them to come nearer to the barbed wire so we can see them after all these years? As you can see in the picture the barbed wire is designed to keep people inside and not to run away (as a prison) and is not designed to protect the camp from intruders trying to get in. It is easy to see Camp Ashraf is a prison without visiting rights. 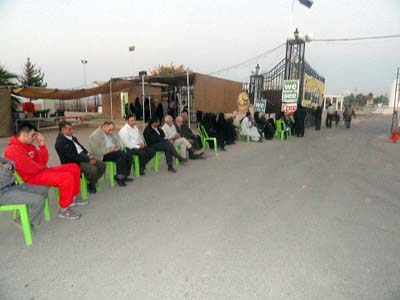 The distance between the families and their loved ones is filled with barbed wire, trenches, walls, surveillance posts, surveillance vehicles etc. Can the hand held loud speakers take our voices to our loved ones? Do they know that we are still sitting behind the wire? Do they have the same feeling as we do? 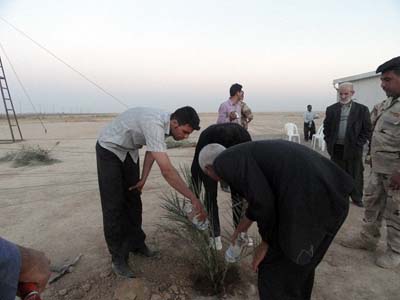 Families are planting new trees. A father is saying that he is hopeful that as this palm tree is growing here, Rajavi’s heart would soften enough to let our children free. How long is he intending to keep our children hostage?