The Memoirs of Ali Einakian – Part1

I was 16 years old when the Islamic Revolution overthrew the Monarchy in Iran. Like other Iranian youths I was involved with the revolution wishing for a better future for my fellow countrymen.

I was interested in MKO regarding its background of struggle against shah. I used to read their journals so I was familiar with their opinions to some extent but I always felt uncomfortable about their organizational system. I knew that once I was a member of the organization, I would no more have free will. An organizational member had to obey the organization absolutely. Thus I never got involved in their activities and I just followed them from afar. 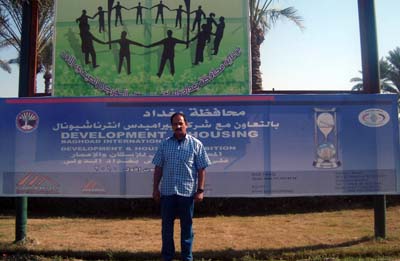 You may wonder how I was recruited by MKO while I had such a view about it. In 1985 I left Iran for Germany, hoping to find a better future. I wanted to continue my education; to live a good life and consequently to help my family live a more comfortable life. I could settle down in Stuttgart.

I was only 24 and home sick. I missed my parents and I felt lonesome when a friend of mine made me acquainted with MKO. I was warmly welcomed by an MKO recruiter called Faraj (who then defected the group and now lives in Germany). His warm behavior attracted me as a lonely person in terrible spirit situation.

…I became a professional organizational member who dedicated himself to the group whole-heartedly. I moved to the group’s base in Frankfurt where I used to work from 6:00 am until the next day 01:00 am. At the time Iran and Iraq were fighting and the organization was involved in border clashes so it launched an extensive propaganda in Europe in order to recruit members. In the base where I was working a number of members applied for moving to Iraq. Impressed by the atmosphere, I also asked for moving to Iraq, although I was preoccupied by some internal contradictions; I didn’t know if I was doing the right job but I was totally captivated by my emotions so I made an emotional decision and went to Iraq.

After a few months of membership in MKO, family love was replaced by Rajavi in my heart. I entered Iraq in 1986. I was transferred to an MKO camp where I received military training. Eventually I attended Eternal Light Operation against my fellow country-men. After the operation I doubted about the battle we attended against the soldiers who were our compatriots but I didn’t dare to express my doubts …

Following the eternal light operation, the group held meetings where Massoud Rajavi blamed us for our ideological inefficiency during the war.

After the ceasefire was announced between Iran and Iraq, Rajavi could see no more future for his group. He was looking for a way out of that cul-de-sac. He wanted to keep his forces amused in order to bar their defection. He found a new way to expand his further control over members. He could no more maintain the organization with his male members whose obedience was limited and who resisted Rajavi’s absolute power.

I was in hospital because of an injury from the war when the group announced Maryam Rajavi as the first official of the organization. Thus Massoud forced the members to accept the hegemony of female members. The most picketing days of my life were those days when the meetings of ideological revolution were held. The members’ minds were totally captivated with those arguments so they were not able to realize where the group was going.

The revolution included the divorce of your ex-spouse and the ideological marriage with Massoud Rajavi (Women had to see themselves Massoud’s wives). The members were not allowed to see women as women but they were supposed to see them as the leader’s sanctuary. This way Rajavi could maintain his organization. The members were told that the objective of the revolution was freedom of men and women not the overthrow of Islamic Republic.

Since 1990, the organizations haven’t allowed dissident member to leave the group. Before the fall of Saddam Hussein, MKO leaders used to submit the defectors to Iraqi regime that then would send them to Abu Quraib prison. If a member tried to escape the camp, security forces of Ba’ath regime would submit him to the organization. So there was no possibility for escape.
The only way for salvation was paved when the control of Camp Ashraf was handed over to Iraqi forces. The Iraqi government granted facilities to escapees from the camp (after their runaway) although nobody in Ashraf was aware of that.

At last, I should notify that everyone must release his mind before releasing his body so that he can find determination for salvation before it’s too late.
Translated by Nejat Society