I’m Saeed Naseri. In 1996, I left Iran in order to travel to Europe where I was supposed to continue my studies. 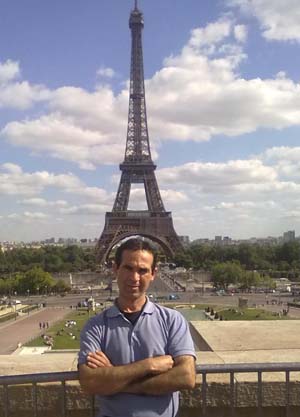 but Iraqi security forces arrested and imprisoned me. After a month, two MKO members came over to visit me in Abu Quraib. They asked some questions about my motivations of coming to Iraq.

In their later visit, they suggested three options including staying in Abu Quraib because of my illegal arrival to Iraqi soil, being handed over to Iranian security forces and joining MKO.
The third option was the one they insisted on a lot. They told me "If you join Mujahedin, you will easily go to Europe to continue your education. So I chose the last option in dream of moving to Europe in six months.

In April 1996, I was taken to Camp Ashraf where I received military training. Day after day, the conditions were deteriorating for me. You had to attend brainwashing meetings where you were verbally abused and you couldn’t say a word to defend yourself. You were forced to work hard in the very hot weather of Iraq…

Briefly, I’d say that You have no power to think in Camp Ashraf. You have to do anything Maryam and Massoud say. You are like a slave. You are just given food and you have no other advantages, no access to free world and no contact with your family.

Finally after two years I decided to leave the camp so I wrote it to my senior official. The result was catastrophic. The same night the officials called me, holding meeting where they terribly insulted me for a long time until after midnight. The next morning they gave me a paper to sign. I noticed that was a document that indicated I would be imprisoned for two years in departure section of the camp (solitary confinement) and then I would be delivered to Iraqi forces to be jailed in Abu Quraib for eight more years … So I decided to choose between bad and worse. I chose bad and stayed in Ashraf where I burned fifteen years of my life.

After the collapse of Baath regime, I found a chance to escape Camp Ashraf and join Iraqi forces. I could begin a new life. Now I’m very content of living in a free world. I’m able to think and decide freely and to contact my family. I whole-heartedly hope that my ex-comrades in Ashraf will be able to live a free life too.
Translated by Nejat Society