On October 11, Attorney General Eric Holder, flanked by the FBI Director and the US Attorney for the Southern District of New York, accused the government of Iran, specifically the elite Quds

battalion of the Iranian Revolutionary Guards Corps (IRGC), of plotting to assassinate the ambassador of Saudi Arabia to the U.S, Adel Al-Jubeir.

So what do we know about this alleged conspiracy? And what are the facts pertinent to this explosive charge? 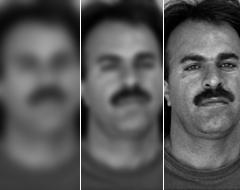 1) The alleged conspirator, Mansour Arbabsiar, is a 56 year old naturalized American of Iranian descent. He has been living in several Texas communities since the late 1970s when he arrived to the U.S. as a student. By all accounts, Arbabsiar led a disorderly life marked by constant failure, whether as a student, husband, father, or businessman.

For over two decades the alleged “mastermind” left behind a trail of successive failed businesses, including a used car lot, a restaurant, a convenience store, and a finance company. One of his friends told the Washington Post that he is “a goofy guy who always had a smile on his face.”

Arbabsiar was neither an ideologue nor religious. His nickname among his close friends was “Jack” because of his affinity for Jack Daniel’s whiskey. Last year, he was arrested for felony possession of a narcotic. According to public documents, his former wife accused him of spousal abuse and filed a protective order against him in 1991.

2) The complaint (so far it is not even an indictment by a grand jury) charges that Arbabsiar allegedly conspired with a high official of the Quds battalion of the IRGC. According to the complaint he was recruited by this official – who is also supposedly his cousin – when he visited Iran earlier this year.

[..]The Quds force has been publicly supporting the Palestinian and Lebanese resistance organizations in their struggle with Israel. These activities have earned it the label of “supporter of terrorism” by most Western nations, including the U.S.

But according to Robert Baer, a 21-year veteran CIA operative and analyst, the Quds Force is one of the most professional and disciplined (though deadly) organizations in the Middle East. As reported by CNN, the Quds Force “has never been publicly linked to an assassination plot or an attack on U.S. soil.”

Baer confirmed this fact when he said that “in its 30-year history of attacking the West, the Quds Force went out of its way never to be caught with a smoking gun in hand. It always used well-vetted proxies, invariably Muslim believers devoted to Ayatollah Khomeini’s revolution.”

He then questioned whether the plot was genuine by asking, “Why didn’t the Iranians use tried and tested Hizbullah networks and keep Iranian nationals, much less unknown Mexican narcos, out of it?”

3) We know from the complaint that the U.S government was actually directing the plot (target, location, method of attack, setting the price of the assassination, bank account information, etc.) Pete Williams, NBC’s DOJ correspondent, said that the plot was in fact “a sting operation” directed by the Drug Enforcement Agency (DEA) and the FBI. A recent report published by New York University Law School showed that in the past decade federal agencies have relied heavily on sting operations, not only in drug busts, but also most significantly in dozens of national security cases “that were planned, financed and executed by the FBI.”

4) According to the official story, we are to believe that, although the price set for the Saudi Ambassador’s assassination by a member of a Mexican drug cartel (who was actually a DEA informant) was $1.5 million, the Iranian handlers expected the assassin to carry it out by advancing him only $100,000 (less than 7 percent of the total amount.)

Moreover, as Baer argued in Time magazine, in three decades of external operations in many countries, the IRGC fingerprints or money transfers were never traced back to Iran, but that Iran has always “enjoyed plausible deniability.” Baer further told CNN that, “it would be completely uncharacteristic for Iran to be caught red-handed.”

Therefore, such sloppy behavior through traceable money transfers and phone intercepts is simply not credible. It appears to be a deliberate attempt to leave behind as many clues as possible to pin this alleged egregious act on Iran.

5) Another hole in this puzzle concerns the possible motive Iran could have by sponsoring such a provocative act. Strategically, Iran has never been stronger in the region. It has been the greatest beneficiary of the U.S. debacle in Iraq and its difficulty in Afghanistan. Furthermore, despite the successive international sanctions imposed on Iran, its nuclear and other military programs have been progressing at an increasingly steady pace, while asserting a growing and dominant role in the region.

If Iran wanted to punish Saudi Arabia it had a plenty of targets in the region, including in Saudi Arabia itself, Iraq, Afghanistan, or the Persian Gulf region in general. If it wanted to target a diplomat, the worst choice would be on U.S. soil where such an act would be easily uncovered and would not go unpunished. It is not clear why Iran would even target a small functionary of the Saudi diplomatic core. Al-Jubeir is neither royalty nor a significant player in Saudi Arabia’s foreign policy.

Since at least 2003, the Iranian national security strategy has been to de-escalate regional tensions and avoid any confrontation with the U.S. or its regional allies, especially Saudi Arabia. It has been in the middle of unprecedented build-up of its military power, especially its navy, nuclear power, and long-range missile programs. Experts believe that it needs at least five more quiet years to finish this phase of its build-up.

6) Ironically, in 2004 the U.S. uncovered an alleged assassination plot by another U.S. national against King Abdullah of Saudi Arabia himself, not his ambassador. In that plot, the U.S. asserted that it confiscated more than $340,000 payoff from former Libyan leader Muammar Gaddhafi for the killing of the Saudi monarch.

The Bush and Blair administrations, which were in bed with Gaddhafi at the time, negotiating the surrender of his nuclear programs, did not threaten or impose any sanctions on the former Libyan regime because of the plot. Although the U.S. sentenced the alleged U.S. conspirator to 23 years in prison, the Saudi king pardoned the alleged assassin who was arrested in Saudi Arabia.

However, this time the reaction by the U.S. and Saudi Arabia was not only swift and harsh, but threatening and escalating.

7) Since the inception of the Arab Spring, Saudi Arabia has been very nervous. It has sent its army to Bahrain to crack down on the popular protests, while bribing its citizens and inviting the monarchs of Jordan and Morocco to join the GCC alliance in order to halt any movements in these countries towards a constitutional monarchy.

Meanwhile, throughout this year the Saudi media has been relentless in its attacks against Iran, presenting it as a “Shi’a” nation and a “Persian” power set on taking over the Arab Sunni countries in the region. It is an old tactic used by authoritarian regimes to focus the public’s attention on an external enemy to deflect from the popular demands for democracy and civil rights and against repression and corruption as demonstrated by the Arab uprisings throughout the region. This alleged plot plays into the hands of those who want to escalate the confrontation with Iran inside Saudi Arabia.

8) But the clear winners of any escalation with Iran are those who want to attack Iran militarily in the region, namely Israel and Saudi Arabia. In one of the Wikileaks documents released recently, the U.S. ambassador to Saudi Arabia cabled back to the State Department that King Abdullah wanted a U.S-led military confrontation with Iran. He said that the Saudi monarch wanted to “cut the head of the snake” in the region.

Moreover, former Mossad chief Meir Dagan, who resigned a year ago, described the current Israeli government as “dangerous and irresponsible.” Last spring he told the Israeli Haaretz newspaper that Israeli Prime Minister Bibi Netanyahu would attack Iran and that doing so would be “the stupidest thing.” When asked about what would happen in the aftermath of an Israeli attack, Dagan, said that: “It will be followed by a war with Iran. It is the kind of thing where we know how it starts, but not how it will end.”

According to The Forward, twelve of the eighteen living ex-chiefs of Israel’s two security agencies (Mossad and Shin Bet), have been opposing an open war with Iran and are “either actively opposing Netanyahu’s stances or have spoken out against them.”

So the trick for the right wing Israeli government has been how to drag the U.S. into this war and make it an American-Iranian confrontation rather than an Israeli-Iranian conflict.

To sum up, this alleged plot actually raises more questions than it answers. It’s supposedly led by a “goofy”, unsuccessful U.S-Iranian dual citizen, who is neither religious nor ideological; manipulated by an informant of a U.S. law enforcement agency fronting as an assassin for a Mexican drug cartel; recruited without vetting by one of the most elite and disciplined organizations in the world, while paying only 7 percent of the contract to assassinate the ambassador to a country (Saudi Arabia) with which Iran is trying to have a good relationship, in a country (the U.S) with which it is trying to avoid any confrontation, while leaving money transfers, telephone intercepts, and clues behind.

If this sounds illogical, then who is behind this amateurish plot?

It is unlikely that there are so-called rouge elements within the IRGC that want to drag the U.S. into a confrontation with Iran. That would amount to virtual suicide within the Iranian establishment. There is no history of such behavior even when the country was militarily much weaker and politically unstable.

Thus, to best answer the question is to identify those who would benefit the most from a confrontation between the U.S. and Iran. Clearly those who have the most to gain from such a clash are Israel and the Iranian opposition, particularly the Mujahedin Khalq Organization (MKO).

While the former seeks to cripple Iran’s nuclear program, the later has been in a deadly confrontation with the Islamicly-oriented government for decades, and wants to weaken the regime so it could be toppled. Both entities have tried over the years to sponsor terrorist operations and covert actions within Iran and outside to damage the regime or implicate it in external terrorist acts.

It is not beyond the realm of possibilities that the Israeli Mossad or the MKO were able to recruit an idiot or his cousin or both in a plot that involved assassinating the Saudi Ambassador, while leaving a trove of evidence behind to be found in order to implicate the Iranian government.

But assuming the U.S. was not privy to it, despite the plot being a sting operation, the more important question is then why the U.S. government took the bait and escalated the incident to a dangerous course with uncalculated consequences?

The U.S, Israel, and Saudi Arabia can certainly start a war with a more assertive Iran. But they certainly cannot end it. One only has to look at the recent U.S. adventures on either side of Iran’s borders to learn that lesson.