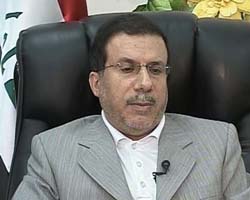 According to Habilian Association database, Iraqi MP Hassan al-Sari told Ashraf News that “a joint operation between United States and Mujahedin-e Khalq terrorist group for instigating a revolt in Iraq is not unlikely.”

Al-Sari expressed his worry about plans of US and MKO to weaken (Iraq’s national) security and increase tensions in Diyala, Baghdad, and other cities, adding that the reason for his concerns is the common interests between the two sides as well as ongoing US supports for the group (Mujahedin-e Khalq), which its inhumane crimes have been proven.

“Since some politicians fear of the revelation of their involvement in some measures against Iraqi nation, they endeavor to prevent the opening of this group’s case," he added.

Iraqi prime minister on Friday said his country will no longer offer a safe haven for the (MKO) “terrorist organization.”

Maliki went on to say that the terrorist group committed “brutal crimes inside Iraq” as part of the intelligence apparatus in the hands of the former Ba’ath regime of Saddam Hussein, and that Baghdad has issued 120 arrest warrants for MKO operatives inside Camp Ashraf.