One important issue that should be noticed is about the organizations funds and expenses of which I obtained some films and documents of former Baath intelligence service. It was also

mentioned in some of interviews I had [with former members of the Mujahedin Khalq Organization]. The former Iraqi Baath regime extensively supported the group both financially and militarily and funded it with hundreds millions of dollars and Iraqi Dinars. A dozen packages of 400 thousand dinars were paid to the MKO, according to a film recorded in 1986 by former Iraqi intelligence. We are well aware of the exchange rate of dinar versus dollar at that time. “Most of these funds were invested in large American and European firms and banks and the benefits resulted from those investment are spent for running the organization but the support from former Iraqi regime wasn’t limited to this,” says Mr. Hassan Azizi. "The families of MKO spies who worked for Iraq inside Iran and were arrested by Iranian 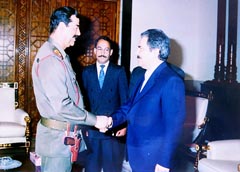 government were also paid monthly salaries (based on the documents obtained of former Iraqi intelligence service, issued on February 2nd, 2000). Besides Iraqi Baath regime, Arabic states of Persian Gulf including Saudi Arabia used to fund the organization. In one case when [Rajavi] returned from Iraq he said in a meeting,’ it was a prolific trip. "

One of the most important financial resources of the organization was “information selling”. This is done by a large spying network which is working under the supervision of the MKO. It sells the extensive intelligence it gains from all over the world to countries willing to have them.

Besides, they reach large amounts of funds for committing terrorist operations planned by certain authorities.

All former members whom I interviewd, speak of the legendry wealth of the organization and nobody is aware of the sources. Mr. Hassan Azizi and Mr. Abbas Sadeqi suggest:”if you have a detailed look at the MKO’s foreign policies, you can come to the idea that the organization shares one objective with countries such as Israel, the US and Arab states of the Persian Gulf and that is the overthrow of Iranian government which is considered as their biggest enemy, and regarding this common interest you can recognize the source of most of financial support the MKO enjoys.”

The Khalq Organization or the Cult of Rajavi has so far sustained terrible strokes that have led it to a cul-de-sac and a total bewilderment. The strokes were:
1. A large number of members left the group after it moved to Iraq (in 1980’s)

2. Shaabanieh revolution. It can be called the beginning of an end for the MKO. Mr. Mehdi Naderi, another defector of the group and Mr. Hassan Azizi and Mr. Abbas Sadeqi Nezhad, all confirm the fact:

“At the time of the first Gulf War in 1991, the leaders of the organization told us in a statement that a few brigades of Iranian forces disguised in Kurdish and Shiite clothes wanted to attack the organization’s bases. They allegedly intended to demolish the group. Thus, the group authorities distributed a large number of forces of the National Liberation Army in strategically crucial locations of Iraq such as Sulaimanbeig, Kefri, Jalula, Khaneqein and certain Shiite areas. As the result of the operation, 25000 of Iraqi children, women and men were massacred.

However, some of forces of the NLA who were told that these innocent people were Iranian revolutionary guards, abstained from the order consequently they were shot and killed by the organization’s artillery. Following Shaabanieh Revolution many of MKO members doubted about what had taken place in that operation. Some found out about the organization’s secret deals so they left the group and went to other countries.

3. After the collapse of the Baath Regime, American forces disarmed the group. You can definitely come to the conclusion that the organization that was completely dependent on its arms in all stages of its activities lost its existence. Thus, the MKO’s activities shifted to covert Iraqi politics. They paid big bribes to certain pro-Baath politicians, supporting them in their election debates. For instance I quote from Mr. Mehdi Naderi:”while the provincial council elections in Iraq, some of the candidates received their advertising posters from Camp Ashraf.” 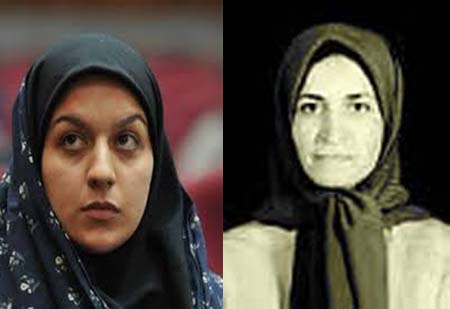 Independent Int. Probe Should be Called for Suspicious Deaths in the MKO

Israelis and Americans use MKO terrorists for assassinations

Letter of Ms. Abdullahi to the US Secretary of States