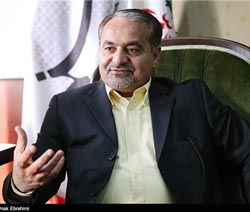 nuclear inspections as the main challenges facing the nuclear talks between Iran and the world powers.

Speaking to the Tasnim News Agency, Mousavian said Iran’s negotiating team will face a serious challenge in the talks due to the scope of inspections.

“It is because both the Board of Governors of the International Atomic Energy Agency (IAEA) and the United Nations Security Council have asked for extensive inspections,” he said.

Referring to the recent interim agreement between Iran and the Group 5+1 (also known as P5+1 or E3+3), he described it as a victory for the Islamic Republic of Iran but at the same time stressed that the interim deal should not be extended (but efforts should be made for reaching a final agreement).

Iran and the sextet on November 24 signed a six-month deal on Tehran’s nuclear program based on which the world powers agreed to suspend some non-essential sanctions and to impose no new nuclear-related bans in return for Tehran’s decision to freeze parts of its nuclear activities and to allow more inspection of its nuclear facilities.

The goal is to create a breathing space for a comprehensive agreement to be negotiated that the sides hope will be able to resolve for good the standoff over Iran’s nuclear program after a decade of on-off meetings and failed attempts.

Mousavian said the Republicans and radicals in the US do not wish to see a final deal on Iran’s nuclear program so that they can use it (failure of the nuclear talks) as a platform in the upcoming US congressional elections.

He underlined that there are others, including certain Arab countries, the Zionist lobby and Israel as well as the terrorist Mojahedin-e Khalq Organization (MKO), that make all-out efforts to make sure that the agreement and negotiations will fail.

Elsewhere, Mousavian commented on the foreign policy of Iranian President Hassan Rouhani’s administration and said the president seeks to normalize Iran’s ties with the region and the West.