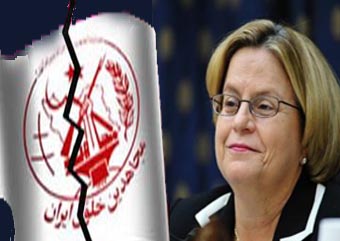 Reps. Ileana Ros-Lehtinen (R-FL) and Ted Deutch introduced the bipartisan resolution condemning what they call “the despicable use of human shields by Hamas.”

In the resolution, Ros-Lehtinen states:

Hamas has proven that it has no respect for innocent Israeli life with its continued onslaught of indiscriminate rocket fire on civilian populations, and it once again is showing it has no respect for the lives of the Palestinian people by using them as human shields. [Palestinian President Mahmoud Abbas] must demand that Hamas cease its attacks against the people of Israel and its use of Palestinians, including women and children, as human shields.

Ros-Lehtinen’s condemnation of Hamas for allegedly placing civilians in harm’s way has raised eyebrows among some human rights advocates, who point to her staunch support for Florida-based Cuban exile terrorist groups as proof of a double standard at work.

Orlando Bosch and Luis Posada Carriles masterminded the 1976 bombing of Cubana Airlines Flight 455, an attack which killed 73 innocent civilians and was the worst act of airborne terrorism in the Western Hemisphere before 9/11.

Both men enjoyed Ros-Lehtinen’s support. A Cuban exile herself, Ros-Lehtinen viewed the terrorists as “freedom fighters” struggling to liberate her homeland from Fidel Castro’s repressive communist regime. Ros-Lehtinen made the campaign to free Orlando Bosch from prison after he illegally entered the United States one of the key election issues during her first run for Congress. To secure Bosch’s freedom, Ros-Lehtinen turned to an up-and-coming and well-connected real estate developer named Jeb Bush, who lobbied his father —President George H.W. Bush —to free the unrepentant terrorist for “humanitarian reasons.”

Ros-Lehtinen also supports the Mujahedeen e-Khalq (MEK), an Iranian exile terror group that carried out an assassination campaign targeting US officials in the 1970s, and more recently has been responsible for many attacks against the Iranian regime and infrastructure, acts committed with the blessing of the United States and Israel.

While Israeli government and military officials, as well as prominent supporters abroad, have accused Hamas of using civilians as human shields, there is no credible independent proof that the militant group, which is considered a terrorist organization by Israel and the United States, is doing so.

Such accusations are not new to the current Gaza conflagration; Israel also accused Hamas of using human shields during its 2008-2009 Cast Lead invasion of the tiny, densely populated Palestinian enclave of 1.8 million inhabitants. Israeli forces killed 926 civilians during the offensive, including 429 women and children.

Contrary to Israeli claims, the international human rights group Amnesty International found “no evidence Palestinian fighters directed civilians to shield military objectives from attack, forced them to stay in buildings used by militants or prevented them from leaving commandeered buildings.”

Amnesty and other human rights groups did, however, determine that Israeli forces used Palestinian human shields, including children, during Cast Lead. Israel’s use of human shields had been so widespread and controversial among Israeli troops that the nation’s highest court banned it in 2005.

Unhappy with the court’s decision, the Israel Defense Forces (IDF) asked the High Court of Justice to reconsider its ban on the use of Palestinian human shields, a war crime the IDF euphemistically referred to as an “early warning procedure.”

Critics of Israeli policies and actions claim Israel is accusing Hamas of using human shields in order to deflect blame for the more than 300 innocent civilians, including entire families and dozens of children, its forces have killed during Operation Protective Edge. More than 1,500 Palestinians have also been wounded. Two Israeli civilians have been killed by Islamic militants.

The United Nations says nearly 80 percent of those killed by Israeli forces have been innocent civilians.

Israel counters that Hamas operates in crowded civilian neighborhoods in Gaza and uses civilian infrastructure, including homes and schools, to store and launch thousands of rockets indiscriminately against Israeli cities and towns.

According to Israeli officials, more than 1,600 rockets have been launched against the Jewish state from Gaza.

Hamas fires rockets into Israel as an act of resistance of decades of illegal Israeli occupation of Palestine. Although Israeli forces withdrew from Gaza in 2005, Israel maintains tight control over the tiny territory, causing great suffering for its residents, most of whom are refugees.