Mojahedin Khalq,MEK, are misusing your name without your knowledge

Greetings and best regards to you Mrs. Nancy Pelosi 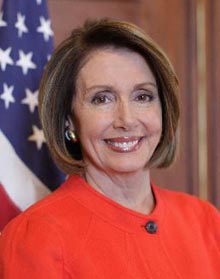 1. this organization by quoting from you on 7th Farvardin 1393 as mentioned in the following link has claimed that you agree with this cult and their activities, we as the former members of this cult-like organization are ready to prove by documents and evidence that this organization has tried its best during past years to keep its members in Iraq and in Camp Liberty to take political advantage of them.

The members of this cult-like organization are subordinates of Maryam Rajavi and they must obey all orders completely and if someone does not obey the orders or criticize the organization and its leaders he or she will be imprisoned, tortured, insulted badly because this organization is ruled and run by dictatorship and not by democracy and freedom

(Translation) Mrs. Nancy Pelosi the leader of the Democrats in Congress by written statement which was read in the ceremony, said

Today I have an honor to congratulate the Iranian new year , norouz, to all Iranian- American societies , meeting and gathering with all representatives from different states in Congress is very delightful in the beginning of spring , the Iranian new year , norouz is an opportunity for all Iranian-American societies and their families to celebrate and commemorate their tradition and culture from their predecessors and start the new year by moving toward happiness , success , victory , health and joy ,please accept my congratulation for Norouz and i wish you all a very good year a year full of victory and success and peace

2. This cult-like organization in any official and direct statement or announcement has not condemned the violence and armed struggle by no means and they have requested their arms back which has been their main slogan in their official websites, and they do not have any program or timetable to rescue their stranded members from the chaotic situation in Iraq.

3. this organization is a sect and ruled by cultish rules, many inhumane activities such as systematic and ordered self – immolations specially on streets of France in 2003 has happened in this cult-like organization and the women members of this organization are deprived from their fundamental and primary rights and most of them have been sexually abused by Maryam Rajavi’s husband, Massoud Rajavi the spiritual leader of PMOI who has been in hiding place for more than a decade. All those activities and abuses should be scrutinized and prosecuted. The women who are dissident will be punished or imprisoned or eliminated. The breach of human rights has published written by Mr. Steven Hassan, Mr. Massoud Banisadr, Mr. Abrahamian, and forty pages the breach of human rights written and published by the human rights watch

We as the former women members of this cult-like organization are very surprised that your name has still published and used in the websites related to this organization for taking political advantage of your name and your position like recently in 17th of March in excuse of Norouz they used your name which is mentioned in the links above.

We as former women members of this cult – like organization are ready to inform you in details about behind stage of the political propaganda and scenarios of this organization and their leaders, Massoud and Maryam Rajavi and we are willing to participate and testify in any court of law to share our experiences about this notorious cult-like organization.