The meetings were held to meet nations’ representatives. They also took an action to protest against human rights abuses, committed within the camps of the Mujahedin Khalq Organization(The MKO), in front of the United Nation’s office in Geneva. 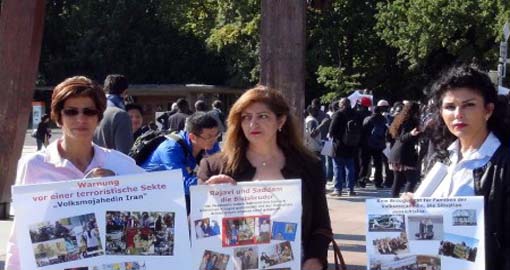 Former female members of the MKO, Zahra Moie’ni ,Ms. Batul Soltani , Ms. Homeyra Mohammadnezhad were representatives of Iran Zanan Association who took an action on September 29th. Their action was aimed to expose the true face of the MKO as an undemocratic, anti-human rights entity.

The three independent women who succeeded to leave the MKO gave awareness to their audiences about the controversial issue of families of the MKO members who are not allowed to visit their loved ones taken as hostages in Camp Liberty, Iraq. 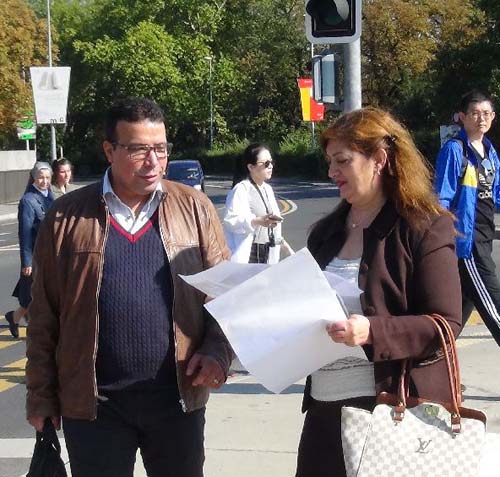 Iran Zanan delegation warned about the most basic human rights abuses committed by the MKO authorities .

The attendees handed out hundreds of flyers and brochures in order to inform people and nations’ delegations.