While, National Council of Resistance led by Maryam Rajavi was launching its annual propaganda show in Villepinte Paris, dozens of former members of her cult of personality organized a protestation against the MKO at place du Chatlet, Paris. 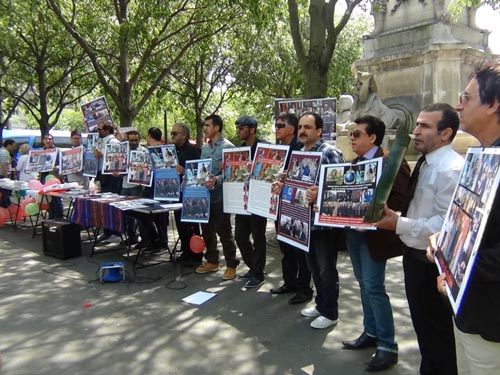 Defected members of the group were invited to take action by “Women Association” that organized the rally. Demonstrators protested the presence and activity of the MKO terrorist cult in French territory.

The panel provided French citizens with books, flyers and pictures on the violent, cult-like substance of the MKO. 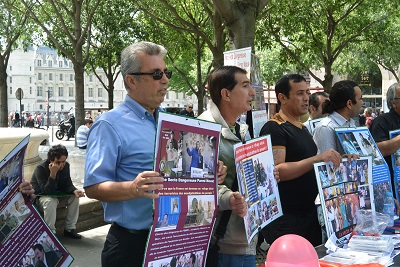 They also revealed the group’s deceitful propaganda campaign of recruiting attendants for their annual gathering. 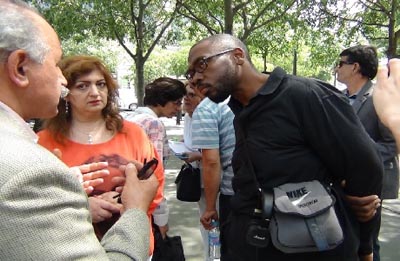 They declared their support for about 2000 people who are kept as hostages by the group in Camp Liberty, Iraq. They offered sympathy to families of Liberty residents who are picketing in front of the camp but have no access to their loved ones imprisoned in the camp.

As former members of the cult of Rajavi stated in their slogans, the Villepinte masquerade of the NCR/MKO elements has just one goal: maintaining the group victims in Iraqi critical situation in order to prevent the cult from collapse.