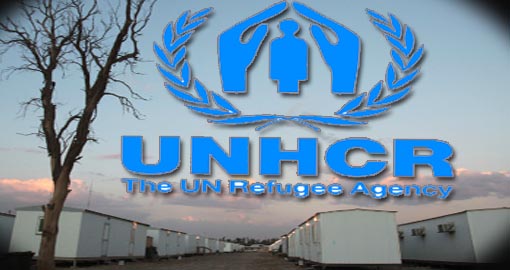 Baghdad International Airport, including the Hurriya Temporary Transit Location (TTL) (also known as Camp Liberty). The impact on the Hurriya TTL resulted in the deaths of more than 20 residents and dozens of others were taken to hospitals for treatment of injuries sustained in the attack.

• Following the attack the High Commissioner for Refugees António Guterres made the following statement: “This is a most deplorable act, and I am greatly concerned at the harm that has been inflicted on those living at Camp Liberty. Every effort must continue to be made for the injured and to identify and bring to account those responsible.”

• UNHCR and the United Nations Assistance Mission in Iraq (UNAMI) have been working since 2011 to find relocation opportunities outside Iraq for residents of the Hurriya TTL. These people formerly resided at Camp Ashraf (also known as Camp New Iraq). Approximately 2,160 of this group remain in the Hurriya TTL.

• UNHCR considers that all residents of the Hurriya TTL who are registered with UNHCR are persons of concern to UNHCR. They are entitled to protection against expulsion or forced movement to any place where their lives or freedom would be threatened. The Memorandum of Understanding between the Government of Iraq and the United Nations explicitly recognizes that residents benefit from the principle of non-refoulement.

• Working with States and its partners UNHCR has supported the relocation of more than 900 residents to safe third countries since 2011. The solutions being delivered by UNHCR are current with more than 260 residents relocated since July 2015. Arrangements are in place to relocate in excess of 200 more people by the end of 2015.

• UNHCR deeply appreciates the measures taken by some countries already to relocate residents to situations of safety and security. Albania’s exceptional contribution to this humanitarian endeavor merits special note. These measures contribute greatly to international efforts to find solutions for this group of people.

• UNHCR urgently renews its calls upon governments of other countries to find ways to offer long term solutions for the residents who remain at the Hurriya TTL. If long term solutions cannot be made available immediately, the urgent need to relocate the residents would justify an extraordinary evacuation to a safer temporary platform from where they could be permanently relocated to a third country. UNHCR stands ready to assist states in achieving this objective.

• This appeal for help should be read in light of the potential for more attacks on the Hurriya TTL. As well as the attack of October 2015, residents of the Hurriya TLL suffered three rocket attacks in 2013, each of which resulted in deaths and injuries. There was also an attack on Camp New Iraq in September 2013 which left 52 dead and seven persons missing. The latest attack demonstrates that the current conflict and generalized violence across Iraq leaves residents of the Hurriya TTL open to significantly heightened security risks and it emphasizes the need for a quick and pragmatic action on the part of States to ensure that these people are relocated to a situation of safety and security.

• UNHCR continues to call upon the Government of Iraq to take all possible measures to ensure the safety and well-being of residents, including ensuring access to life saving medical treatment.