Tariq Rauf, a former Canadian diplomat, and Robert Kelley, a former US nuclear weapon scientist, have published an assessment of the International Atomic Energy Agency’s (IAEA) handling of the Iranian case on the website of the Stockholm International Peace Research Institute (SIPRI).

Both were working in the IAEA secretariat during the years that followed Iran’s 2003 admission that it had failed to declare certain nuclear material and activities, Rauf in the external relations division and Kelley in the safeguards department. So their assessment benefits from first-hand knowledge gained on the inside.

The following passage concludes their assessment: 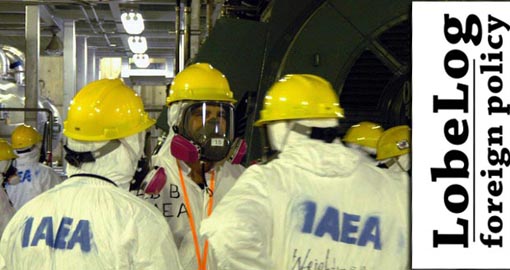 A structural weakness of the IAEA is that there is no transparent process for the supply of intelligence information and confirmation of its authenticity. The usual process is for a Member State(s) to provide the intelligence information either in documentation or electronic form to a special assistant in the Director General’s office and/or to the Deputy Director General for Safeguards, alternatively to give a closed briefing in its embassy/mission. The IAEA then deals with the information as described in an earlier section above. There is no established process to share such information with the accused State or with the Board of Governors….

The supply and use of intelligence information is a sensitive yet complex issue…. The IAEA cannot serve as a feedback loop to intelligence agencies on the veracity of information provided by them…. Nor can or should the IAEA rely on such information without confirming its authenticity. This obviously leaves the IAEA in a difficult position as is clearly evidenced by the Iran PMD file where the Agency seems to have been caught short.

The authors recommend that the Board put in place a methodology for the acceptance and use of intelligence information drawing from the practices of the Organization for the Prohibition of Chemical Weapons (OPCW) and the Comprehensive Nuclear-Test-Ban Treaty Organization (CTBTO). In these two organizations, allegations of non-compliance can be raised by any State Party which provides information to the Director General, who in turn shares it with the Executive Council. The Executive Council is convened; the Accuser State puts forward its case on allegations of non-compliance or suspicious activities in another State along with supporting information/evidence. The Accused State has the opportunity to present its defence. Following deliberations, the Executive Council can stop a challenge inspection in the case of the OPCW or authorize an on-site inspection in the case of the CTBTO. Such a practice could serve the IAEA well…. In fact, the JCPOA contains a somewhat similar provision for the Joint Commission in paragraph 36 on dispute resolution…

It is essential that the IAEA Board expeditiously come up with a mechanism governing the provision and handling of intelligence information to the IAEA Secretariat. There is great potential for misuse of such information and of suborning the independence of the Agency in the absence of such a mechanism, as abundantly demonstrated by the cases of Iraq, Iran and Syria in recent times.”

A Lack of Confidence

This passage contains echoes of an intervention by the Russian Federation’s governor to the IAEA, Grigory Berdennikov, at an IAEA safeguards symposium in October 2014:

The Secretariat has the right to use for safeguards implementation all safeguards relevant information available to the Agency about a State. This information includes, inter alia, data from open sources and data provided by third parties. It should be noted that third parties include not only States that provide information with regard to another State but also organizations and even private individuals.

The risk here is obvious. False allegations generated by interested parties in order to exercise political pressure on a State unfortunately remain part of the current international landscape.  They  are  quite  common  in  many  areas, including  non-proliferation,  and  one  should  admit  could  be  very  important,  sometimes involving issues of war and peace.

We think that if the Secretariat decides to use any information, except for data obtained through its own inspection activity, it should duly disclose its origin and be ready to defend its credibility in an open discussion at the Board of Governors. Every State should have the right  to  publicly  defend  itself  against  false  allegations  and accusations generated by interested  third  parties  or  by  the  media.”

These passages reflect a lack of confidence in the authenticity of some of the intelligence material on Iran submitted to the Agency by member states. There is no proof that any of this information was fabricated. But that lack of confidence is not unreasonable, because motives for fabrication can be imagined without straying far into the thickets of conspiracy theory.

Gareth Porter has written in A Manufactured Crisis that, according to a former German foreign ministry official, German intelligence obtained the “alleged studies” that underpinned the PMD case against Iran from a member of the Mujahideen E-Khalq (MEK) in 2004. MEK hostility to the Islamic Republic is well-documented. Is it inconceivable that this source forged or fabricated that material? The material was never shown to Iran in full and it contains factual inaccuracies and anomalies for which a satisfactory explanation has never been offered.

In autumn 2007, the US, UK, France, and Israel were furious with the Agency’s then Director General Mohamad El Baradei because he had agreed to a work-plan with Iran and was well on his way to clearing the Agency’s last remaining “issues of concern.” Those issues cleared, these states would be bereft of sources of pressure on Iran to submit to their demands.

In that situation there could have been a temptation to produce information that would appear to corroborate aspects of the “alleged studies.” Initially El Baradei and some of his advisers had doubted the authenticity of these studies. But in early 2008 the studies, apparently corroborated by fresh information, metamorphosed into a “possible military dimension.” From then on they were the West’s instrument of choice for keeping Iran under international pressure. In November 2011, they formed the core of an IAEA assessment that persuaded EU member states to adopt harsh economic sanctions against Iran, and Asian states to comply with US secondary sanctions.

Was any temptation to fabricate resisted? One would like to think so. But, given the Stuxnet program to sabotage Iran’s centrifuge machines, and hints that a hostile intelligence agency commissioned the assassination of Iranian nuclear scientists, one has to wonder whether certain states would have hesitated to resort to fabrication to get themselves out of a spot of difficulty in autumn 2007.

Such speculations explain the lack of confidence implicit in the recommendations of Rauf and Kelley, and the intervention of Berdennikov. The IAEA Board of Governors can ignore that lack of confidence—and may well choose to do so. But that will be short-sighted. Over time allowing distrust in the Agency’s intelligence-acquisition practices to fester can weaken international acceptance of the Agency as an impartial and objective verifier of compliance with the Nuclear Non-Proliferation Treaty.

Rauf and Kelley recommend drawing lessons from OPCW and CTBT practices and provisions. No doubt there are other options. Reconciling source protection with transparency and due process may not be easy. But a collective Board effort to find a solution can heal some of the divisions within the IAEA membership that perceptions of Western lack of scruples in prosecuting the case against Iran have helped to cause.

Peter Jenkins was a British career diplomat for 33 years, following studies at the Universities of Cambridge and Harvard. He served in Vienna (twice), Washington, Paris, Brasilia and Geneva. He specialized in global economic and security issues. His last assignment (2001-06) was that of UK Ambassador to the IAEA and UN (Vienna). Since 2006 he has represented the Renewable Energy and Energy Efficiency Partnership, advised the Director of IIASA and set up a partnership, ADRgAmbassadors, with former diplomatic colleagues, to offer the corporate sector dispute resolution and solutions to cross-border problems. He was an associate fellow of the Geneva Centre for Security Policy from 2010 to 2012. He writes and speaks on nuclear and trade policy issues.