Sirous Ghazanfari is a defector of Mujahedin-e Khalq Cult. In 2004 he separated the group and repatriated to his homeland. Now Sirous has his own business. He is married and has two children.

In an interview with Nejat Society Mr. Ghazanfari talks about his experiences within the MKO Cult and his life after separation from the cult:

“In 1998, I was prisoner of Iran- Iraq War. A year later due to the unbearable pressure of the prison along with 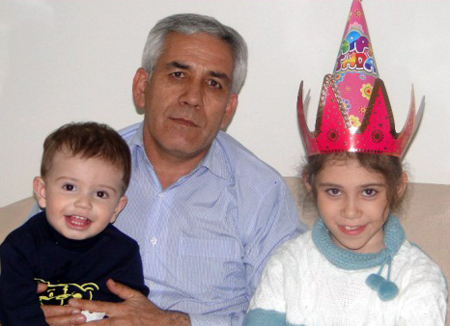 the intense propaganda of the MKO elements within the Iraqi prisons I forced to join the group.

After joining the group, I spent the military, political and cultic phases within the cult.

After the US attack on Iraq and Saddam Hussein’s downfall in 2003, I had the opportunity to defect the group, though endured severe sufferings. ..”

“When I first entered Iran I had to face some difficulties to find a job and making a life due to my age. However I gradually overcame the difficulties….  Now I have my own business. .. I am married and have two children; Kowsar and Taha. …

Mr. Ghazanfari recommends his ex- comrades and friends who are still caught behind the bars of the cult to liberate themselves from the mental barriers of the cult.He says:

The Organization [MKO] instills the members that separation from the group and starting a new independent life is impossible and those who detach the MKO will not have a good fate. But fortunately the good experiences of those who have already separated the group proved otherwise. …. You should decide your own fate. Be decided and take the first step…. “

Referring to the recent activities of the Mujahedin-e Khalq, Mr. Ghazanfari says: ”I have abandoned all organizational relations. However I follow their activities through media- print,broadcast,internet. So as, I am aware of what is happening within the organization. I know that Rajavi has enslaved some helpless people in Iraq’s deserts and unfortunately caused the killing of 24 of them recently…Rajavi’s obstacles on the way of the member’s relocation caused their death…  The current government of Iraq wants Rajavi to move his followers from Iraqi territory…Yet Rajavi denies the Iraqis’ demand and even interferes in the internal affairs of Iraq… He hinders the members’ relocation process because he want to make more martyrs…

Rajavi is losing Camp Liberty as its Cult ideological base. The MKO’s support for rebels in Iraq and Syria brought nothing good for the group. The Saudi Arabia has not the potential to take in MKO members….

Rajavi is a loser and all his efforts is to maintain the group’s position in Ouver Sur d’Oise, France. He is fantasizing for some international incidents to take place to fish in troubled water.