Khodabandeh: It would be wrong to ignore the Mojahedin in Albania 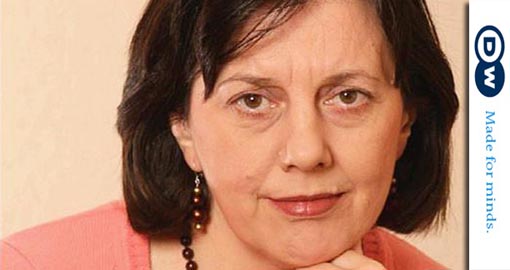 Deutsche Welle: Ms. Khodabandeh you are of the opinion that Albania’s agreement to take a further number of Mojahedin is associated with some risk. The international media talks about another 2,000 more Mojahedin going to Albania. What risk do they pose?

Anne Khodabandeh: There are many other NATO countries where the MEK could have gone, but only Albania agreed to accept the refugees. It would have been much better to have distributed the refugees among several countries instead of leaving Albania to take the whole burden. However, the move is very welcome since these people have to be moved somewhere for their own safety. Now they have a better chance of escaping their past and starting new lives as ordinary civilians.

The actual risk to Albania will be if the MEK is not disbanded as a group. Disbanding means that each refugee should be treated as an individual. They must be de-radicalised and then integrated back into normal society as ordinary citizens with homes and jobs and families. The MEK must not be allowed to re-organise as a quasi-military group. Clearly, Albania is not as strong as western European countries in this respect and so the process will be more difficult. But if it is done, then the country can take full credit for doing something not even the USA or the European Union could achieve.

DW: In one of your articles, you write that this is the relocation of terrorist group into Europe. Do you really think that a terrorist risk to Europe could come from Albania?

AK: It is important to remember that every member of the MEK who is relocated into Albania has been radicalised to the core. They have been undergoing terrorist training for up to thirty years in Iraq. They will not suddenly change just because the MEK name is removed from a list of terrorist groups or if they physically move to another country. They are still terrorists. Many have been highly trained by Saddam Hussein’s former Republican Guards Corps in specialist activities – from bomb making and terrorist strategies, to intelligence gathering and torture. The MEK is credited with inventing the suicide mission back in the 1970s.

DW: What do you think Albania should do?

AK: It would be a mistake for the Albanian authorities to dismiss the MEK as a defunct force simply because many of its members are old or ailing. They may not be a fighting force but they certainly have transferable skills and experience in terrorist training and logistics. These could be very useful to other terrorist organisations. The MEK has people who are experts in money laundry, people trafficking, fraud and corruption.

The location of Albania in the far south east of Europe makes it attractive as a gateway country into Europe. Without scrupulous vigilance the MEK camp could become a staging post for other terrorist leaders and commanders as well as acting as a terrorist training base.

DW: After the Mojahedin was removed from the list of terrorist organisations they could be said to be seen as allies of the Americans as they fought against Saddam Hussein. Is this fact not sufficient to exclude the possibility that they may pose a risk?

AK: The MEK have never been considered as actual allies by any western government. These governments may have benefitted from the MEK’s violent anti-Iran activities and have turned a blind eye to the support given to the group by various interest groups, but the MEK has never had governmental support except from Saddam Hussein. He paid and trained the MEK in terrorism for regime change in Iran. Expert US and EU assessment still regards the MEK as a ‘potential’ threat to Western interests.

DW: It is said that the Mojahedin Khalq helped in the fight against terrorism, why doesn’t the government in Iraq want them in their country?

AK: The MEK, referred to as Saddam’s Private Army, was responsible for the deaths of 25,000 Iraqi citizens, particularly among Kurds in the north and Shia populations in the south. For this reason, the group has many enemies in the country and their safety cannot be guaranteed.

After Saddam’s ouster, the MEK declared itself a friend to the US army and was disarmed. Over several years, Iraq’s security forces have gathered information which shows that the MEK still poses a threat to peace and stability in the country through its active support and help for insurrection forces linked to both Al Qaida and more recently Daesh.

DW: In Albania until now, they have live peacefully. Why could they be a threat to Albania right now?

AK: It is known that the MEK leaders Massoud and Maryam Rajavi are planning to establish a safe haven for themselves in Albania along with the majority of the members. They want to recreate the closed society which they have used elsewhere – in Iraq, North America and Europe – that allows them to operate outside normal legal constraints. In Albania they seek to exploit the relatively weak state of the country’s governmental, security and social institutions in order to establish an extra-judicial enclave of their own.

DW: In Albania the Mojahedin Khalq live as political refugees. As such they are included in the legal framework of the country.

AK: It is not possible to be both a political refugee and a member of a terrorist organisation. At present, because the MEK has not been disbanded, each person who arrives in Albania is still a de facto member of the MEK terrorist group, regardless of the status under which they were transferred. Their refugee status is nullified as long as they are living in MEK accommodation and obeying MEK rules. The Albanian authorities must not ignore the fact that these people are victims of cultic abuse and are living in conditions of modern slavery. No ordinary member is allowed to make independent contact with the outside world. The MEK leaders claim to represent the views and wishes of the entire membership but when they arrived in Albania about 200 of them left. This is something which humanitarian organisations, both international and local, need to urgently address. The MEK must not be allowed to close the doors against the outside world and must not prevent the people transferred from Iraq from contacting their families and the outside world.

DW: You were once a Mojahedin activist. Why did you leave them?

AK: Yes, this happened [recruitment and radicalisation] when I was in university after the Iranian Revolution in 1979. I was young and naiive. They said they were fighting for human rights in Iran, but as I got deeper inside the organisation, I saw the atmosphere of fear and secrecy. I realized they were not fighting to liberate Iran from tyranny, as they claim, but only working to save the leaders. So, I left.

British expert, Anne Khodabendeh, director of the popular online platform cultsandterror.com Open Minds, herself a former activist of the organization the Mujahedin, launched a campaign in 2001 to help the victims of the cult. In 2011 she published the book ‘The Life of Camp Ashraf’, named after the main Iraqi base of the Mojahedin Khalq. Today she works as part of the Prevent Strategy to prevent radicalization and violent extremism in Britain.

The original interview is Albanian which is Translated by Iran Interlink